Apple has published a threat analysis of sideloading entitled, 'Building a Trusted Ecosystem for Millions of Apps'. Unsurprisingly, the company says that sideloading would 'cripple' the privacy and security of iPhone.

Sideloading is the ability for users to install iPhone applications of their choosing via methods other than the App Store.

Supporting sideloading through direct downloads and third-party app stores would cripple the privacy and security protections that have made iPhone so secure, and expose users to serious security risks.

Apple asserts that "supporting sideloading on iOS devices would essentially turn them into 'pocket PCs,' returning to the days of virus-riddled PCs". This statement is particularly disingenuous given that the company markets macOS, which supports "sideloading", as an alternative to "virus-riddled PCs".

You can read the full document at the link below... 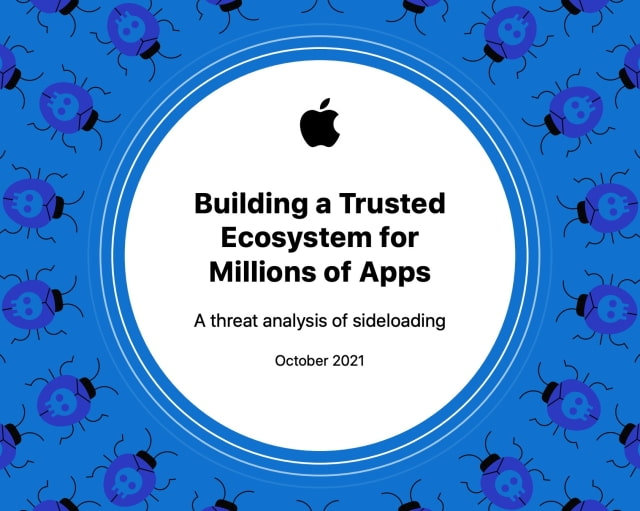 onereader - October 13, 2021 at 4:47pm
Baloney we should be able to install those apps no problem
Reply · Like · Mark as Spam
Recent