Apple may be developing a digital newsstand for the iPad that is similar to the iBookstore for books, according to a Bloomberg report.

The newsstand, designed particularly for the iPad, would be similar to Apple’s iBook store for electronic books, said the people, who declined to be identified because the negotiations are private. The newsstand would be separate from Apple’s App Store, where people can buy some publications now, they said.

Issues still to be resolved involve who controls data about users, how to split subscription revenue, and pricing.

"These are serious discussions about subscriptions and advertising within newspaper and magazine applications," said Roger Fidler, the program director for digital publishing at the Reynolds Journalism Institute at the University of Missouri. "Publishers want to know who their customers are and their usage patterns while reading."

It's thought that the newsstand is still months away from being released and may be released alongside the next iPad. 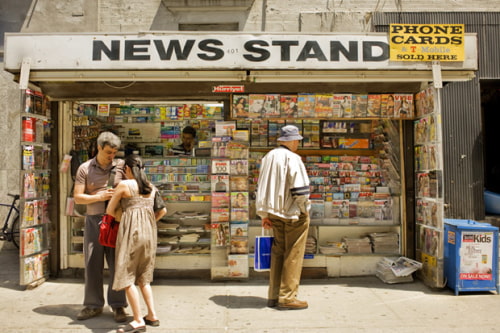