Apple has completed work on iWork '11 but may be holding it back for release alongside the Mac App Store, according to AppleInsider.

People familiar with the matter say development of iWork '11 wrapped up this fall and the software was initially slated for an introduction alongside iLife '11 last month, but was held back at the last minute for undisclosed reasons.

Its unclear whether Apple will also release a retail box version of iWork or offer the productivity suite exclusively online. 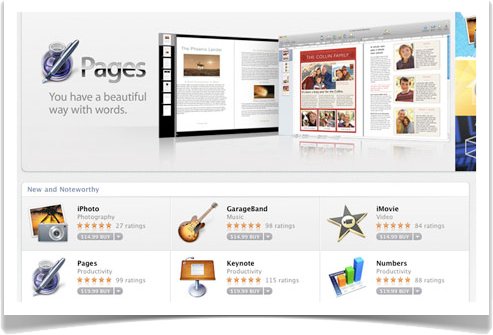 eddy_on_mac - November 9, 2010 at 4:08am
Simply they are going to release it with the new Mac App Store application after the OS updates. The one like app store for iOS, only for mac. As previewed in iOS 10.7.
Reply · Like · Mark as Spam