Some European carriers are warning Apple that they will refuse to subsidize the iPhone if Apple designs an embedded SIM card into the device, reports the Financial Times.

The operators are accusing Apple of trying to gain control of their relationship with their mobile customers with the new Sim. The technology could allow customers to buy the iPhone and sign up for service on Apple’s website and start using it immediately.

Closer to the operators’ hearts, it could allow customers to switch more easily from one to another or insist on shorter-term contracts. It could even set the stage for Apple to resell connection service on its own, although the company has not indicated such plans.

Robin Bienenstock, analyst at Bernstein, said such a move "could ultimately prove to be the first step in a process in which [the mobile operators] cede customer control to handset vendors like Apple, [and are] relegated to commodity capacity providers". It's thought Apple could see a reduction in sales of up to 12% if this happened.

It was reported late last month that Apple and Gemalto have created a SIM card, which is typically a chip that carries subscriber identification information for the carriers, that will be integrated into the iPhone itself. Then customers will then be able to choose their carrier at purchase at the Apple web site or retail store, or buy the phone and get their handset up and running through a download at the App Store as opposed to visiting a carrier store or calling the carrier. 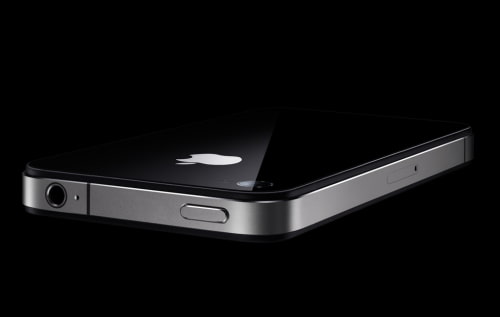 samK - November 19, 2010 at 11:17pm
apple will literally dump a barrel of oil into the android bonfire if they continue on with this plan. they might as well just sell the iphone unlocked globally without any carriers. this business bs is fucking us over.
Reply · Like · Mark as Spam

HO - November 19, 2010 at 9:29pm
Ppl, pls chill, what this is basically the new iphone for Verizon, a CDMA flavor...on the other hand this simply will reflect how stupid they are trying to impose the controlfreak tight way of life Mapple is, well, they had a good run with 4 generations of phones...
Reply · Like · Mark as Spam

DT - November 19, 2010 at 5:01pm
I always wondered why Apple didn\'t persuade AT&T to get rid of the SIM card do this after the first generation iPhone was hacked. If they had a two year plus exclusivity contract with AT&T, that would have killed black market for iPhones. Of course, multitudes would have probably moved over to Android. I know I would have.
Reply · Like · Mark as Spam

Alo4q - November 19, 2010 at 2:04pm
How u think this is going to fuck att if this happen forget unlock phone And forget about trying to use a carrier that is not aprobe by apple cause u Will not get the code for the chip. And apple is going to have more control Over what u could do with the phone.
Reply · Like · Mark as Spam
4 More Comments
Recent