Apple has removed VLC from the App Store after receiving a formal notification of copyright infringement from VLC developers.

The notification of infringement was filed because Apple’s iTunes Terms and Conditions don't allow users to install both free and paid apps on more than 5 devices. This goes against the original GNU license VLC's code is based on.

VLC developer Rémi Denis-Courmont said, "At last, Apple has removed VLC media player from its application store. Thus the incompatibility between the GNU General Public License and the AppStore terms of use is resolved - the hard way. I am not going to pity the owners of iDevices, and not even the MobileVLC developers who doubtless wasted a lot of their time. This end should not have come to a surprise to anyone." 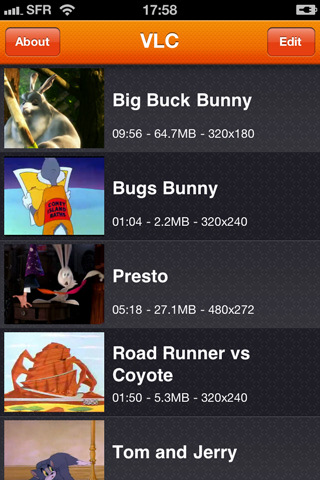 Evaldas - January 9, 2011 at 11:59am
You should read a real response from VLC author and see who\'s who: January 09, 2011 Rémi Denis-Courmont Why Apple removed VLC from the App Store? On January 7th, I was notified by an Apple attorney that VLC media player had been removed from the App Store. That is how I was able to break the news first. However as can be expected from an attoryney, there was not really any explanation. A number of people and -unfortunately- popular bloggers have jumped to the obvious conclusion: the VideoLAN project, and I in particular would be idealist morons who care more about technical license details than users, and we would have constrained Apple. This is not quite true. First, even I do not know for certain why Apple removed VLC, and Apple will probably never state the truth. Second, Apple has already removed VLC from the \"old\" Mac Store for computers... already about 4 years ago, at a time when VLC was one of the most popular applications, and I am yet to learn the reasons why. Third, Apple received my copyright notification more than 2 months before they pulled the application. This was not expedited, as the US copyright law would require. As such, it seems dubious that my well-publicized notification from last october is the root cause of the removal. It is nevertheless the reason why I was learnt directly from Apple that VLC was removed. Last, Apple had the power and plenty of time (2 months) to adjust and clarified the terms of the App Store. Indeed, the terms were modified several times since then. Alternatively, it could even have continued to carry VLC implicitly distributed under the GPL by Applidium. This is effectively what I believe the situation was before the removal. All in all, we will probably never know the truth. But I am inclined to believe what Eben Mogel, from the Software Freedom Law Center, foretold me 2 months ago: Apple would remove VLC simply because it cannot stand software distributed under the GPL on its stores. But, it is Apple\'s choice and business decision, therefore Apple would have no reasons to expedite the process. I know this would be disappointing to the many Apple fanboys who have insulted or slandered me on the web or over email. And therefore, they will discard all of this. But in any case, here you have my analysis. January 09, 2011 10:52 AM
Reply · Like · Mark as Spam

Othman - January 8, 2011 at 2:59pm
Yxplayer is much better.VLC keeps stopping while playing a movie
Reply · Like · Mark as Spam

Tom - January 8, 2011 at 12:00pm
Actually I donot understand why this self-centered egomaniac developer of VLC has to satisfy his ego at the users\' costs. Has there ever been a survey or a poll asking the users of vlc if they rather wanted to the application to be pulled than left with the 5 device limit?
Reply · Like · Mark as Spam
11 More Comments
Recent