John Gruber from Daring Fireball says the iPad 2 will not have a Retina Display despite evidence which suggests it will.

I asked around, and according to my sources, it is too good to be true: the iPad 2 does not have a retina display. I believe the iPad 2’s display will remain at 1024 × 768. Its display may be improved in other ways — brighter, better power consumption, thinner, perhaps. Maybe it uses the new manufacturing technique Apple introduced with the iPhone 4 display, which brings the LCD closer to the surface of the touchscreen glass — making it look more like pixels on glass rather than pixels under glass. But my sources are pretty sure that it’s not 2048 × 1536 or any other "super high resolution".

Gruber believes the @2x images found buried in developer firmware may be for a prototype but not a prototype that will be released this year. Engadget has responded to the article saying, "I think the key here is that you’re saying it's 2x or nothing, but we’re not making the same claim." Gruber concedes it is possible that the iPad 2 could get a smaller resolution increase but feels its unlikely for reasons pertaining to UI scaling math. 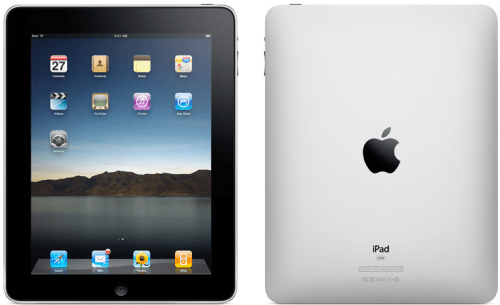 xdrive - January 19, 2011 at 2:39pm
All next generation iphone, ipad, itouch will have 3d display, like the one in the LED tvs. they may or may not have retina display though =)
Reply · Like · Mark as Spam