Adobe is preparing to release Creative Suite 5.5 Digital Publishing which will allow developers to package Flash applications for the iPhone, iPad, and Android tablets, according to AppleInsider.

The new suite, which will reportedly be marketed as "Adobe Creative Suite 5.5 Digital Publishing" suite, will showcase a new version of its "Packager for iPhone" application that will include support for not only Apple's iPhone, but also the iPad and the new crop of Android tablets, incorporating popular touch gestures like "Pinch."

The new version of Adobe Flash Professional 5.5 is said to be accompanied by Adobe Flash Catalyst CS 5.5, an "interaction design tool" for development teams that will deliver new features such as robust team workflows, live application design, full designer participation in development workflow, and deployment for web, desktop and mobile devices.

The suite is also expected to bring ePub support to InDesign 5.5. 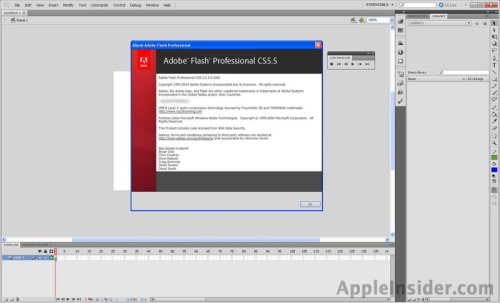