The WSJ is reporting that Apple has started manufacturing the iPad 2 with a built-in camera and faster processor.

The report notes that the iPad will initially be available through Verizon and AT&T but not Sprint or T-Mobile.

A recent iLounge article hints that the iPad 2 could get a Carbon Fiber body, that Apple is working on RFID/NFC accessories, and that a 7-inch iPad is still being tested. 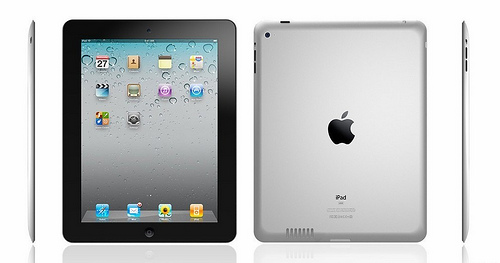 Tristan Thomas - February 9, 2011 at 11:33pm
The iPad 2 may be in production but that does not mean it will produce something that we will consider \"magic\" or something that will \"change everything\" again when compared to these other tablets on the market. Here are 3 things that the iPad will need to kill its Android\'s Honeycomb platform: http://goo.gl/9zD3H
Reply · Like · Mark as Spam

Abdulkadir - February 8, 2011 at 11:45pm
I am glad appl stil stays unique by not puting a memory card space on the device.
Reply · Like · Mark as Spam