Apple is reportedly working on a new notification system for iOS and may be purchasing a small company to use its technology, according to a CultofMac report.

There were rumors last year that the iPhone's notification system would be fixed after the chief architect of Palm's system, Rich Dellinger, returned to work at Apple. However, the system still hasn't been fixed, and according to our source, Apple is now trying to buy a small app developer to fix it.

Our source, who asked to remain anonymous, didn't know the identity of the company, except it already has an iPhone app in the App Store.

CultofMac suggests that one candidate might be Boxcar; however, its unclear how this acquisition would bring any new technology to Apple. 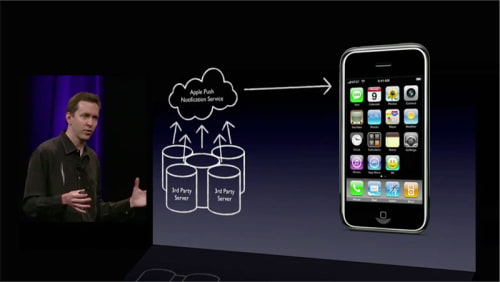 Junaid - February 12, 2011 at 8:38am
For sure ios5 will rock, notifications verywell needed, come on apple lets say every one, shutup by giving us the best notifications UI, apple way!!!!!
Reply · Like · Mark as Spam
0

Travis - February 11, 2011 at 3:57pm
Anyone who thinks that they are just getting started on this, or that it will take an acquisition in order to make it happen, is an idiot. iOS 5 is going to be awesome.
Reply · Like · Mark as Spam
0