Apple has imposed a deadline of June 30th for developers to implement their in-app subscriptions feature, according to Digital Daily.

Apple's new subscription plan has a compliance deadline. June 30, according to a memo sent to publishers earlier this year. "For existing apps already in the App Store, we are providing a grace period to bring your app into compliance with this guideline," it reads. "To ensure your app remains on the App Store, please submit an update that uses the In App Purchase API for purchasing content, by June 30, 2011."

This gives popular apps like Hulu, Netflix, Rhapsody, Amazon and others only a few months to decide if they are willing to give 30% of their revenue to Apple or pull the ability to make purchases out of their apps. 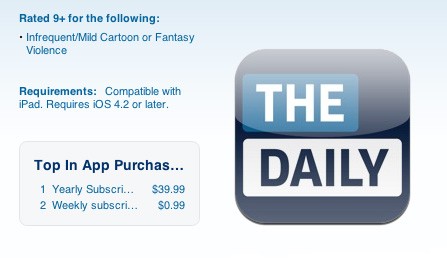