Titles from Random House, the world's largest book publisher, have begun appearing in the Apple iBookstore, according to an AppleInsider report.

Content from Random House began populating the iBooks application on Wednesday, just hours before Apple is set to unveil its second-generation iPad. Some rumors have suggested that the new device will have an improved display with superior anti-reflective properties, allowing for easier reading of content like e-books in sunlight.

On Monday, Random House announced that it has agreed to "the agency model for e‐book sales" in the U.S. effective Tuesday. That means that going forward, "Random House will set consumer prices for the e‐ books we publish, and […] will provide retailers with a commission for each sale," the publisher said.

After the announcement by Random House it was speculated that Apple would announce their addition to the iBookstore during the special iPad event today. That's likely a definite now, considering title like The Da Vinci Code are already live. 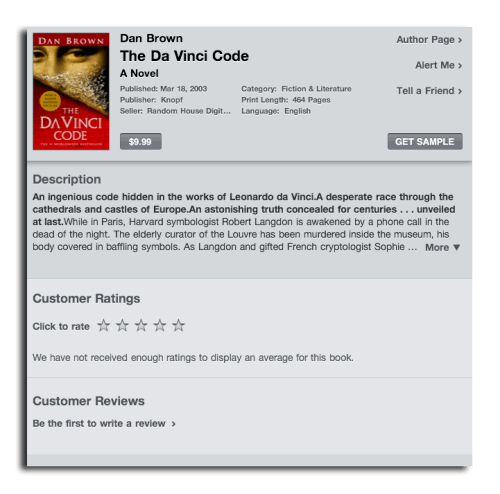