The Wi-Fi iPad 2 records clearer audio than the iPad 2 3G due to the housing its microphone sits in, according to an iLounge report.

The microphone hole of the iPad 2 has been moved from its position beside the headphone port in the original to the middle of the device, over top of the front-facing camera; the shape has also changed from a circle to a pill-shaped hole. These changes mean that the microphone of iPad 2 Wi-Fi models sits in the metal housing, but in the plastic antenna strip at the top of both the GSM and CDMA 3G models. Perhaps due to this change in materials, the Wi-Fi model offers markedly cleaner audio than that of the 3G, which sounds slightly muffled and echo-prone as a result.

iLounge also found that the GSM 3G model recorded slightly better audio than the CDMA model. The problem is said to be particularly noticeable when the iPad's screen is facing the user. 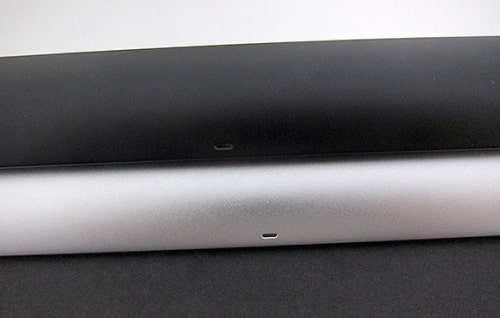