This update is required to redeem downloads of Mac OS X Lion seed builds from the Mac App Store.

Perhaps Apple is prepping to release a second preview of the upcoming operating system to developers. A recent report said Apple is gearing up to deploy an OS X Lion update to developers that they may be classifying as the "GM1" release. 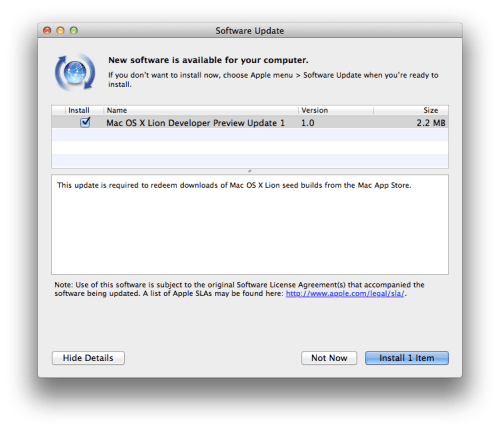