Apple is rumored to be releasing updated iMacs on Tuesday, May 3rd, according to AppleInsider.

More specifically, people familiar with the matter say Apple plans to introduce the new models on Tuesday, May 3, swapping out the systems' first-gen Core i processors and miniDisplay ports for second-generation Core i chips and the company's new high-speed Thunderbolt port. However, rumors that 2011 would see changes to the iMacs' display panel size (1, 2) and the inclusion of 6000-series AMD Radeon HD chips, could not be confirmed with any degree of certainty.

A previous report said Apple has already begun delaying orders for the iMac due to the upcoming refresh. 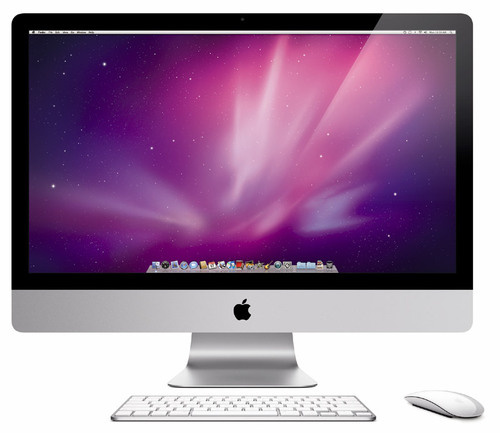 Joe dirt - May 1, 2011 at 1:18am
What if you purchased an iMac from a bigbox store like bestbuy and futureshop lastweek, can you get the price drop difference or return it and get the new one?
Reply · Like · Mark as Spam

TvH - May 1, 2011 at 3:41am
But only if you buy online. If you buy at the store you will be stuck with it. Although there are a few retailers that have a \"No good, money back\' guarantee but they often exclude Apple products. So that\'s why I always buy at the Apple Online Store!
Reply · Like · Mark as Spam

Joe dirt - May 1, 2011 at 4:10am
I only bought at the big box retailer cuz I had a gift card for it which made it cheaper. But yes I have 14 day refund but they did not clarify the details of the refund.
Reply · Like · Mark as Spam

Andrew - May 1, 2011 at 4:45am
Take it back and tell them you just found out there is a new model coming out which is faster, higher specification and includes the latest technological advances and you would like a refund so you could buy the latest for the same price, i see no reason why they would give you your money back.
Reply · Like · Mark as Spam
Recent