Amazon is reportedly prepping a tablet with Fringe Field Switching (FFS) technology for launch in the second half of 2011, according to DigiTimes.

The device's monthly orders during the peak season are expected to reach about 700,000-800,000 units and Quanta is expected to start shipping as soon as the second half of 2011 with the orders to contribute more than NT$100 billion (US$3.5 billion) to Quanta's annual revenues in 2011, the sources noted. In response to the report, Quanta declined to comment on its clients.

Amazon's online eco-system is thought to make it one of the few companies that could currently produce a worthy rival for the iPad. 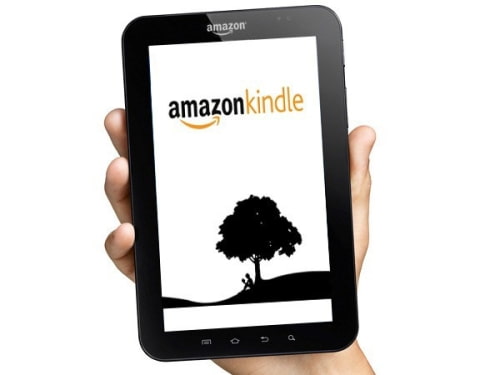 Coose - May 3, 2011 at 12:50pm
Is it going to break as easily as the other Kindle products? Hey Apple, you better sue Amazon as well. Looks like a smaller iPad
Reply · Like · Mark as Spam

Ranmat - May 3, 2011 at 4:34pm
Why do companies have to keep launching legal action agains each other. I mean, how many different ways are there to build a tablet. WARNING: APPLE HATE YOU ALL
Reply · Like · Mark as Spam
Recent