iFixit has discovered that it is Audience who powers the noise cancellation feature of the iPhone 4.

There was one small, 3mm x 3mm chip that we weren't able to identify during our teardown. It was white-labelled, meaning Apple asked the manufacturer to remove their branding from the package to make it difficult for folks like us to identify. The markings on the chip '10C0 01S8 0077' didn’t match any existing part in our database, and we didn't pursue it further.

Our friends at Chipworks just decapped the chip, and guess what they found? That’s right, an Audience low power audio signal processor.

In the image below you can see the Audience die marking Chipworks found inside the chip. The Audience chip takes advantage of two microphones to cancel out ambient noise. The video below demonstrates how well it works. 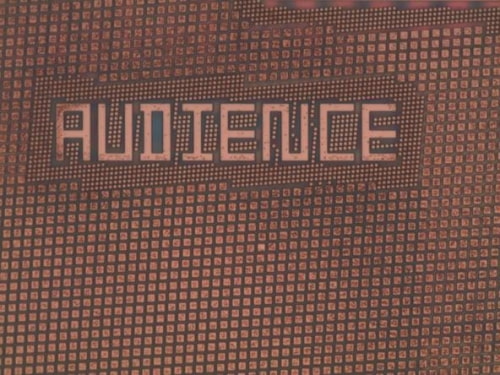