The FBI has raided hosting company DigitalOne and stolen servers and data belonging to Instapaper and 'tens' of other clients. The raid was part of an operation to shutdown a crime ring that sold fraudulent computer security software known as "scareware."

The New York Times reports that the FBI came in the night and took three enclosures containing servers and data belonging to tens of customers despite only targeting one customer.

DigitalOne's chief executive, Sergej Ostroumow told a customer: "This problem is caused by the F.B.I., not our company. In the night F.B.I. has taken 3 enclosures with equipment plugged into them, possibly including your server — we cannot check it."

"So the FBI now has illegal possession of nearly all of Instapaper’s data and a moderate portion of its codebase, and as far as I know, this is completely out of my control. Due to the police culture in the United States, especially at the federal level, I don’t expect to ever get an explanation for this, have the server or its data returned, or be reimbursed for the damage they have illegally caused."

Update:
Arment has tweeted that his server just came online. The logs show that it was wasn't booted when offline; however, there is no way to determine whether its data has been copied.

"Since it was returned so quickly, it’s likely that they determined that it wasn’t part of their target group and wanted to avoid any problems that could have resulted from its continued seizure. While they could have copied the data for future analysis, I believe it’s unlikely that they would have reason to do so. Regardless, I have no way to know what they did (or didn't do) with it.

For whatever it's worth, I have deleted the code, data, and keys from the server and asked DigitalOne to cancel my account immediately. I'm not convinced that they did everything they could to prevent the seizure of non-targeted servers, and their lack of proactive communication with the affected customers is beneath the level of service I expect from a host." 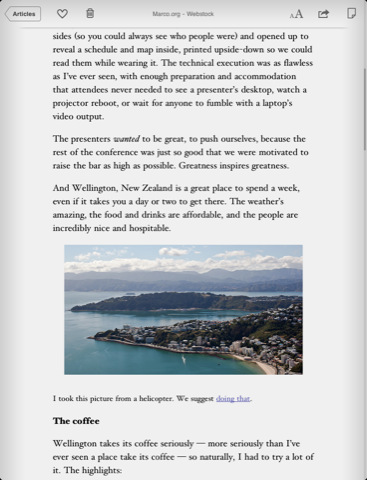 DacksMac - June 24, 2011 at 2:55am
Its the FBI, I\'m sure everyone\'s personal information is safe while away. Though it night seen over kill that they took servers from companies, I\'d willingly give them mine if it helped take down those assholes that detroy computers everyday with malware/identity fraud.
Reply · Like · Mark as Spam

DacksMac - June 24, 2011 at 12:10pm
Yeah, wow. People freak out cause the FBI has their email address but those same people will document their entire life on Facebook. Wow is right
Reply · Like · Mark as Spam
Recent