Leaked part numbers that were previously thought to be a Mac Pro or MacBook have now been revealed as a new Thunderbolt LED Display by Apple themselves.

MacRumors discovered that Apple prematurely posted a new image on its site depicting the display and identifying it in the URL as the "MC914" part that had been previously thought to be a new MacBook.

The display appears essentially identical to the existing LED Cinema Display from the front, although Apple's new promotional image displays a Lion desktop background rather than the Snow Leopard one found on the images for the current model. The rear of the display will obviously include a Thunderbolt port in place of the current mini DisplayPort connection.

An image was even found of two displays being daisy chained together as is only possible with Thunderbolt. 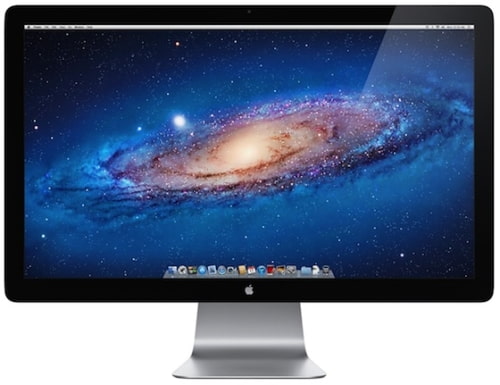 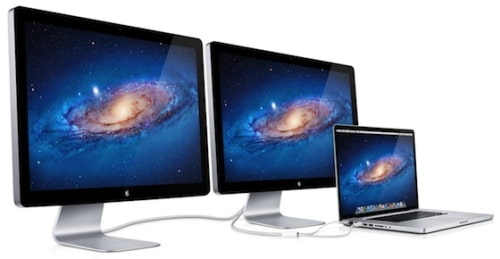