Apple has been granted a patent for the integration of a MagSafe connector into an iOS device like an iPad, reports PatentlyApple.

According to the site, the patent entitled, 'Techniques for coupling interfaces parts using moveable magnetic elements', states that "In one particular embodiment, the connector may be a power connector such as the MagSafe." 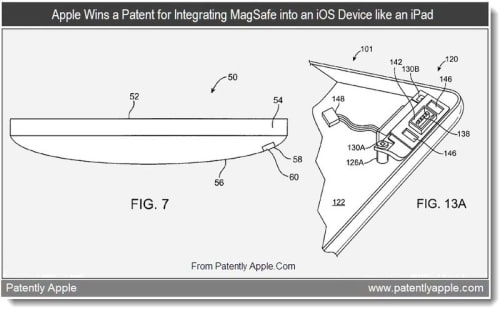