Tim Cook has emailed Apple employees this morning assuring them that the company is 'not going to change', according to an email obtained by ArsTechnica. Cook was made the new CEO of Apple last night after Steve Jobs announced his resignation.

Below is the full text of the e-mail:

I am looking forward to the amazing opportunity of serving as CEO of the most innovative company in the world. Joining Apple was the best decision I've ever made and it's been the privilege of a lifetime to work for Apple and Steve for over 13 years. I share Steve's optimism for Apple's bright future.

Steve has been an incredible leader and mentor to me, as well as to the entire executive team and our amazing employees. We are really looking forward to Steve's ongoing guidance and inspiration as our Chairman.

I want you to be confident that Apple is not going to change. I cherish and celebrate Apple's unique principles and values. Steve built a company and culture that is unlike any other in the world and we are going to stay true to that-it is in our DNA. We are going to continue to make the best products in the world that delight our customers and make our employees incredibly proud of what they do.

I love Apple and I am looking forward to diving into my new role. All of the incredible support from the Board, the executive team and many of you has been inspiring. I am confident our best years lie ahead of us and that together we will continue to make Apple the magical place that it is.

Cook joined Apple in 1998 when he was hired away from his job as VP for Corporate Materials at Compaq by Steve Jobs. He initially served as Senior Vice President for Worldwide Operations. Prior to that, Cook served as the chief operating officer (COO) of the computer reseller division of Intelligent Electronics and spent 12 years in IBM's personal computer business as the director of North American Fulfillment. He has also served as acting CEO at Apple during Steve Jobs' medical leaves. [W] 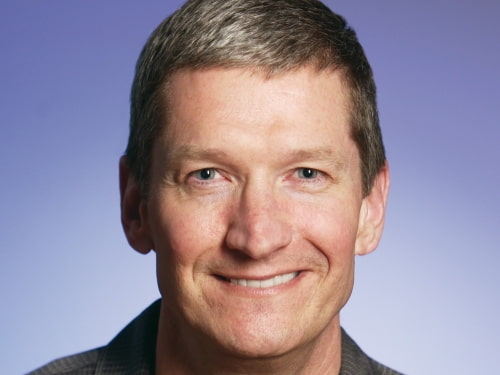 TipTop - August 25, 2011 at 5:27pm
Ok Tim, Listen carefully. The first thing you need to do is to bring Flash to iOS. It doesn't have to be "always on" but a switch that opens up trillion new doors to your dedicated users. I know many people who has went to Android only because of the lack of ability to view Web as full. Limiting the content what people can see and what not belongs to dark-ages not to our century. Plus as a bonus this will boost up the sales - and you sell millios more of your otherwise fantastic mobile devices. Don't need to thank me - just do it fast or I am going to other side too. Been using your mobile OS since v.1.
Reply · Like · Mark as Spam
Recent