These are instructions on how to perform a semi tethered jailbreak of your iOS 5 iPhone, iPad, or iPod touch.

A semi-tethered jailbreak is an interim solution which solves the problem of being unable to reboot with a tethered jailbreak. The semi tethered jailbreak by BigBoss will allow you to reboot on the road, but with limited functionality. It is enough that you are no longer stranded, and you can use your phone, text, and many other features. This is just until you get home and can use redsn0w again to “just boot tethered”. Once you do that, you’re back to fully functional state.

Step One
Jailbreak and boot your device tethered using the instructions below:

Step Two
Press to launch Cydia from your Springboard. 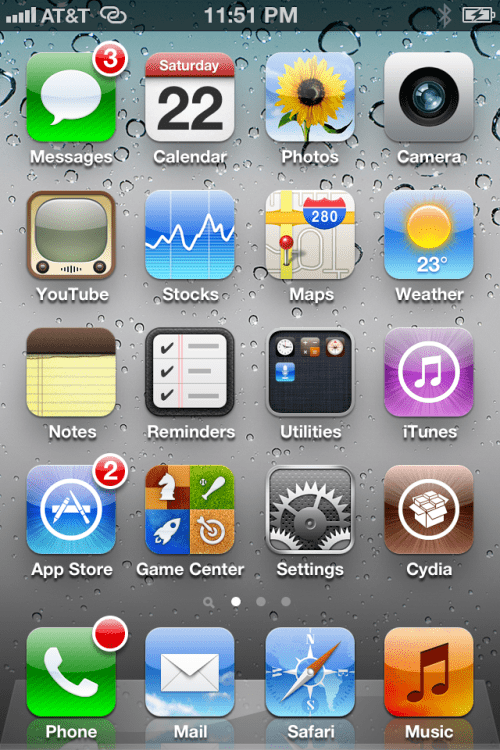 Step Three
Press to select Manage from the tabs at the bottom of the screen. 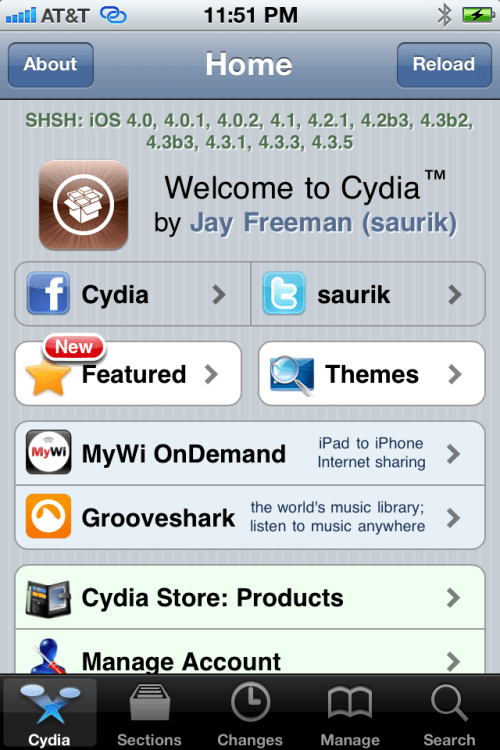 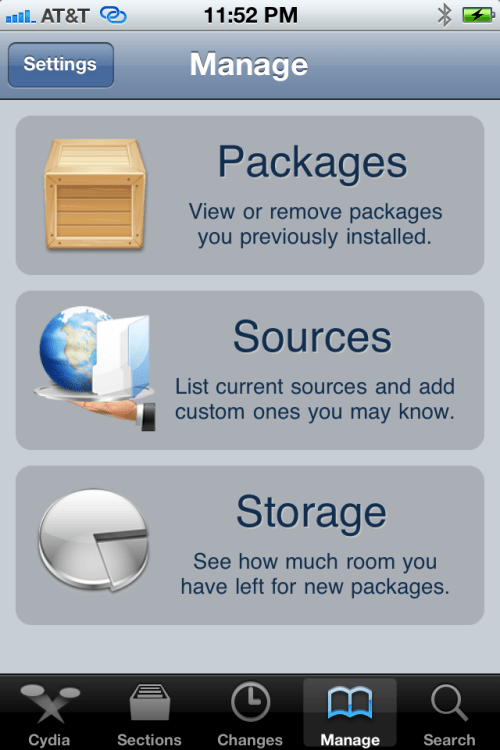 Step Five
Press the Edit button at the top right of the screen. 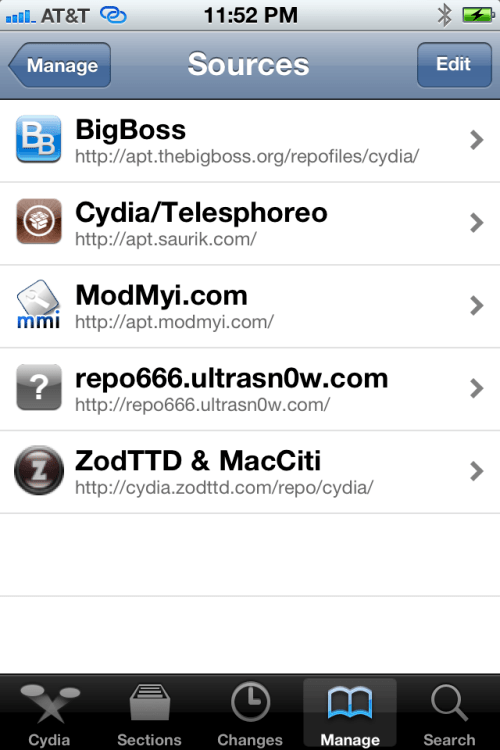 Step Six
Press the Add button at the top left of the screen. 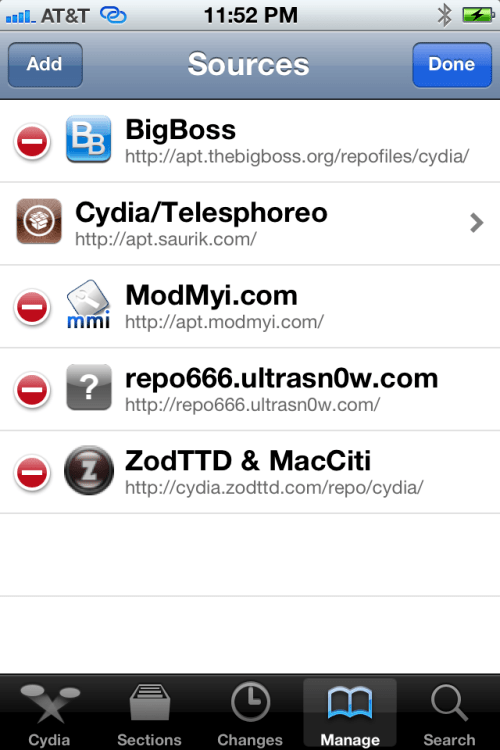 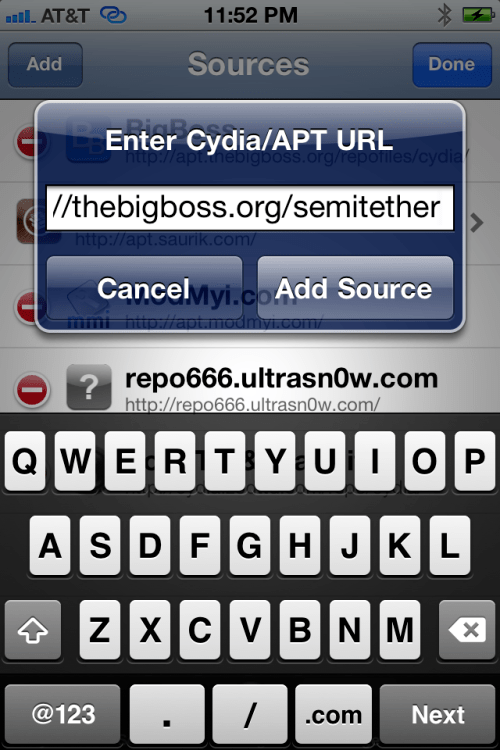 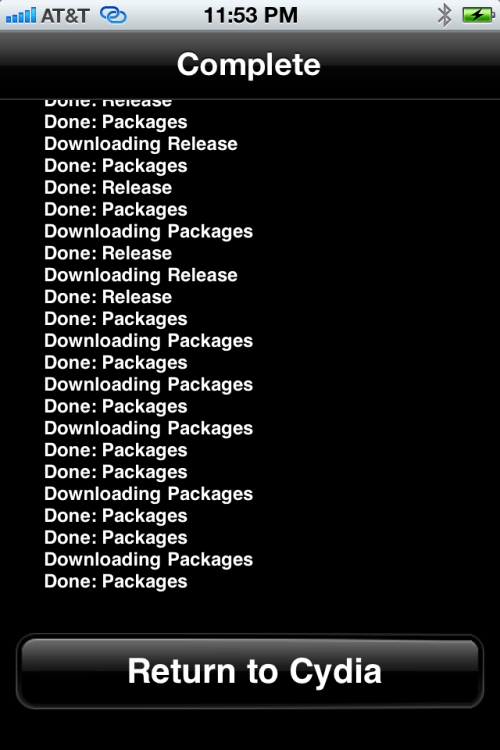 Step Nine
Select thebigboss.org from the list of Sources 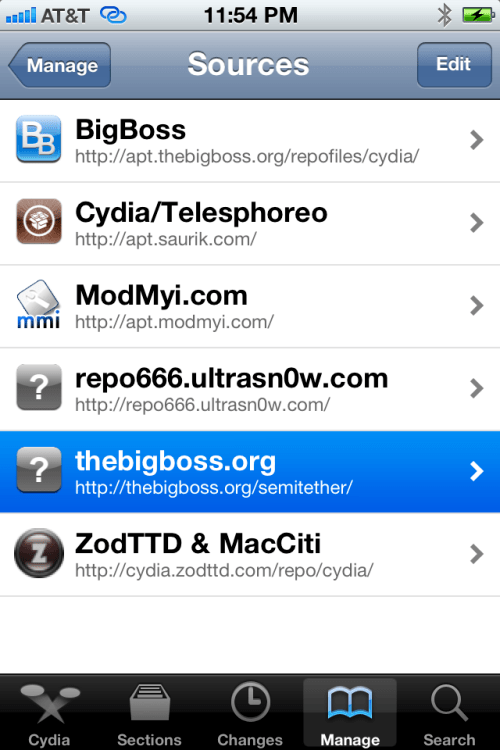 Step Ten
Select SemiTether from the list of Packages 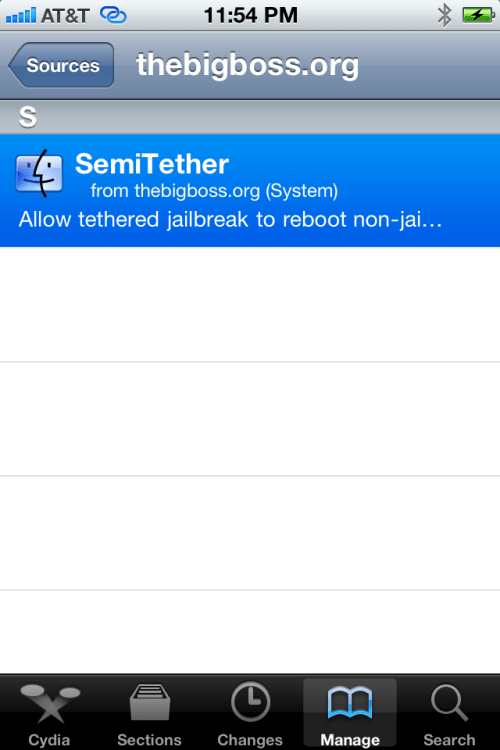 Step Eleven
Press the Install button at the top right of the screen. 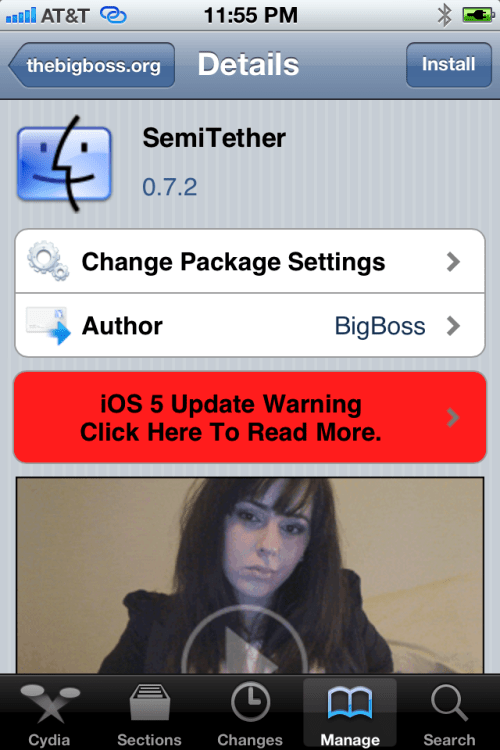 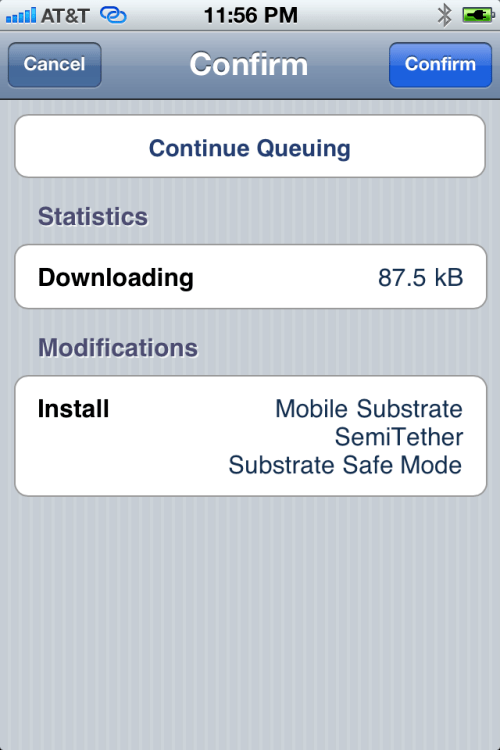 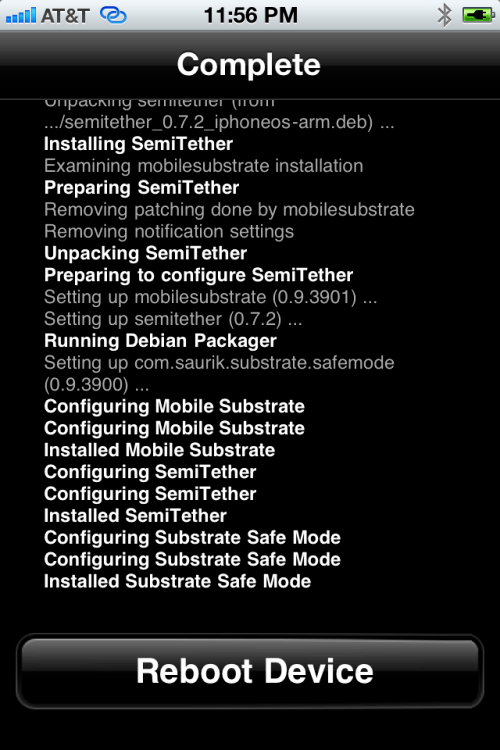 You're device will now reboot without stalling at the Apple logo!

To get full functionality back you will need to boot tethered. Launch RedSn0w as you did in Step One then select Extras then Just boot from the menu. 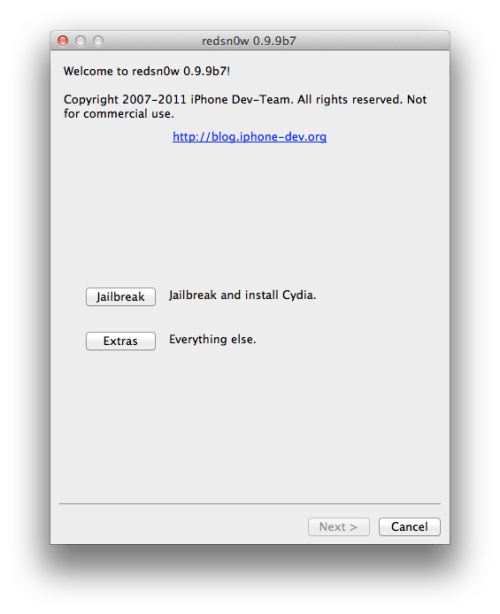 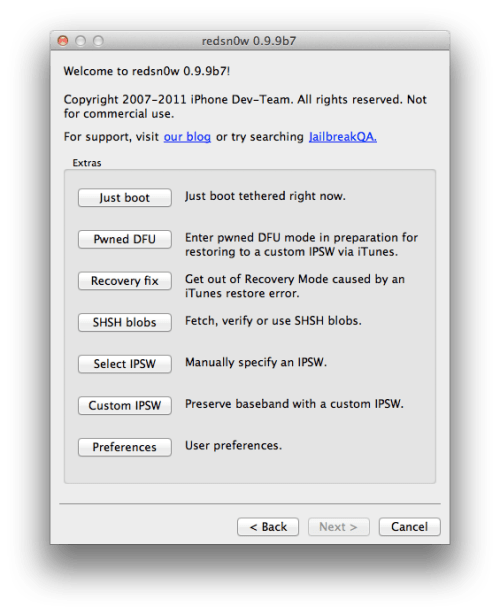 **A big thanks to BigBoss and all those who made this tutorial possible.

itaymis - April 7, 2013 at 7:25pm
try this one, http://www.rapidunlockers.com/ I have unlocked my phone there. very fast service (about 6 hours total) and cheap, now i can update to any version without having to worry that my phone will be locked ever again. Only 9.99 for phone unlocks!
Reply · Like · Mark as Spam

evan - November 15, 2011 at 8:30pm
how do you completely uninstall it? i tried remove it from cydia but the semi tethered is still there and it is clashing with appsync
Reply · Like · Mark as Spam

BITS01 - November 3, 2011 at 5:54pm
Stay away from this crap. I bricked my iPhone because of semi tether. Luckily it was in warranty period so got a replacement. Stay away from piece of shit. This is probably the first dark side of Jail Break i ever encountered since jail breaking began STAY AWAY!
Reply · Like · Mark as Spam
29 More Comments
Recent