Sprint is reportedly working with Apple to resolve a 'confirmed nationwide issue' which causes slow data rates, according to TNW.

It seems that an internal email has been sent to Sprint representatives, informing them that Apple and Sprint are working together on a "confirmed nationwide issue" dealing with the slow data rates many users are experiencing. There was no information about what the cause of the issues are or what the expected resolution date might be.

According to the site, the email did contain a reference to a 'Service Settings' update which suggests a carrier settings file update may be needed to resolve the issue. 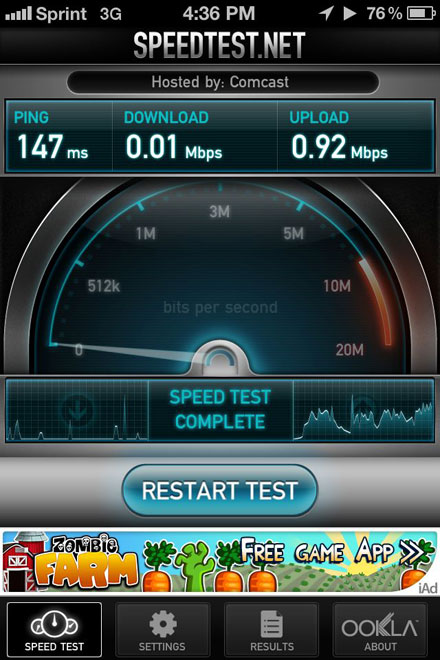 AppleiCheck - October 24, 2011 at 10:55pm
Sprint data is extremely slow while watching a YouTube videos , Sometimes almost not even possible to watch anything. If they don't resolve this issue , Unlimited data will be as well as Limited . Lets hope Sprint can keep its good name , since Sprint network works even in underground elevators in many states. 1 Bar .
Reply · Like · Mark as Spam
Recent