In tribute to the tremendous influence of Steve Jobs, the United States Patent and Trademark Office has opened a new exhibit called 'The Patents and Trademarks of Steve Jobs: Art and Technology that Changed the World.' The exhibit is located at the USPTO's campus in Alexandria, Virginia.

"This exhibit commemorates the far-reaching impact of Steve Jobs' entrepreneurship and innovation on our daily lives," said Under Secretary of Commerce for Intellectual Property and Director of the USPTO David Kappos. "His patents and trademarks provide a striking example of the importance intellectual property plays in the global marketplace."

Located in the atrium of the Madison Building, the exhibit features more than 300 of the patents that bear the name of the iconic innovator along with many of the trademarks that have given Apple its instantly recognizable identity around the world. The display gives insight into the visionary commitment Jobs gave to each of the products and designs he influenced during his time with Apple, the company he co-founded at the age of 21 with his friend and fellow computer enthusiast Steve Wozniak.

The exhibit was created and designed by Invent Now, Inc., the non-profit organization dedicated to fostering invention and creativity through its many programs and which runs the National Inventors Hall of Fame and Museum also found on the USPTO campus in the Madison Building. The Jobs exhibit, which runs through January 15, 2012, is free and open to the public, as is the National Inventors Hall of Fame and Museum. The museum, located at 600 Dulany Street in Alexandria, is open Monday through Friday from 9am to 5pm and Saturday from 12n to 5pm (closed Sundays and Federal holidays). 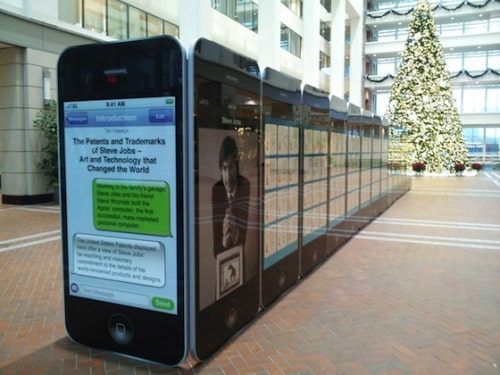 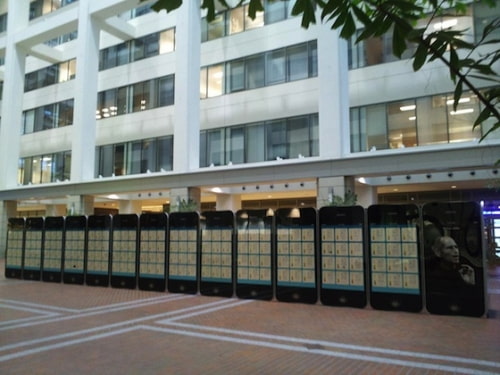