Apple has won a patent for its GUI to switch between applications while on a call, according to Patently Apple.

In some embodiments the patent details an application switch icon on the phone call interface which would return the user to the original application; however, Patently Apple notes that this interface has likely been replaced with the new multitasking bar.

Another embodiment detailed is the status bar which which appears at the top of the screen when on a call and in an application other than the phone app. 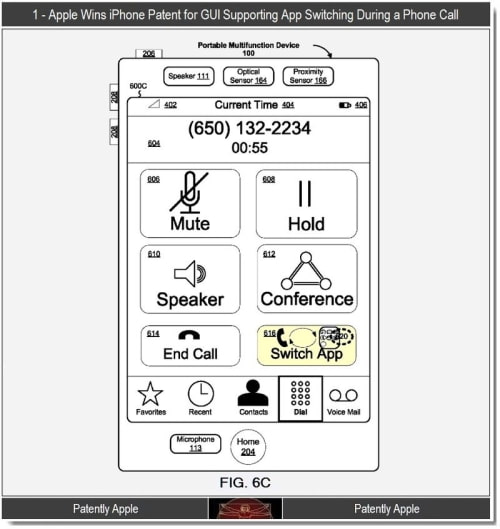 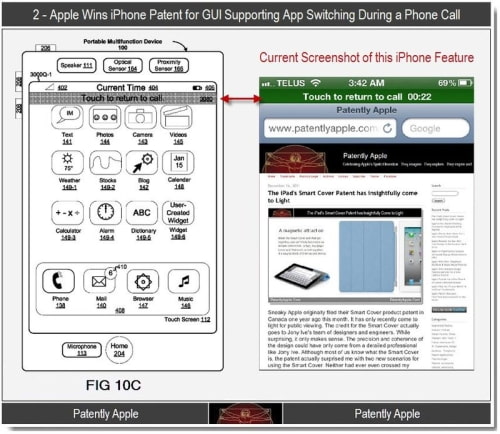 Someone - December 21, 2011 at 6:00am
Imagine car manufacturers sueing each other over brakes, steering, fuel injection and other!! Fun
Reply · Like · Mark as Spam