Mozilla has announced that they've negotiated a 'significant and mutually beneficial revenue agreement with Google' that will last for at least three additional years.

"Under this multi-year agreement, Google Search will continue to be the default search provider for hundreds of millions of Firefox users around the world," said Gary Kovacs, CEO, Mozilla.

"Mozilla has been a valuable partner to Google over the years and we look forward to continuing this great partnership in the years to come," said Alan Eustace, Senior Vice President of Search, Google.

This deal was crucial to Mozilla who's seen its market share dropping of late. In fact, Google's Chrome just overtook Firefox as the second most popular browser and many felt that if Google decided not to renew its deal with Mozilla, it would spell the end for Firefox. 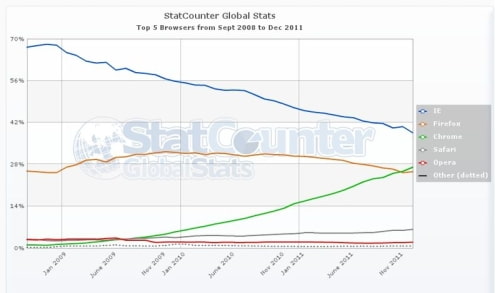