Intel is reportedly planning to release a total of 25 models of its 22nm Ivy Bridge processors on or around April 8th, reports DigiTimes.

MacRumors notes that the 3820QM and 3720QM processors appear to be the successors to the processors in the high-end 15" and 17" MacBook Pro models. Also, the Core i7-3667U and Core i5-3427U ultrabook CPU look suitable for the MacBook Air; however, they are set to be debuted at a later date. 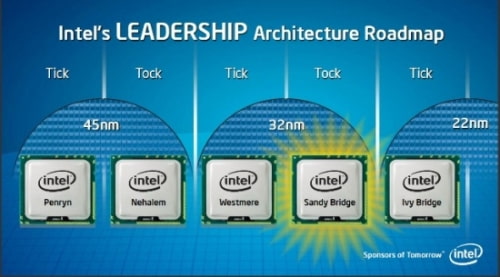