Apple is reportedly working on a major redesign of iTunes Store to be released later this year, according to 9to5Mac.

The new design is said to be even simpler and more user-friendly than the current design. Apple is working on ways to enhance the speed and efficiency of finding new content, such as songs, videos, and applications. The cornerstone element of Apple's new iTunes Store is interactivity. As Apple vaguely explained to a number of music labels and entertainment partners, Apple is looking to make the iTunes Store a much more engaging experience.

9to5Mac believes the store is being developed alongside OS X Mountain Lion so we could get a glimpse of the redesign this summer. 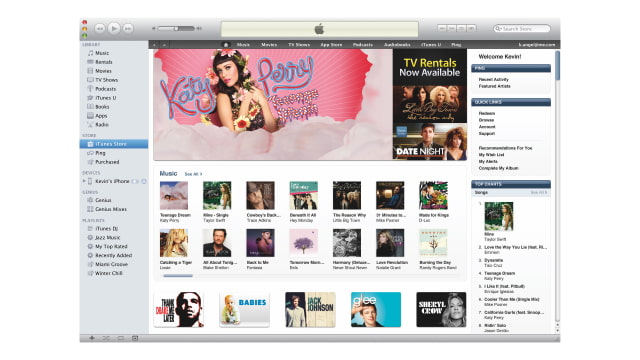 Aric - February 20, 2012 at 10:40pm
Hopefully they will get their act together and offer some kind of streaming service. Spotify is killing them right now in my opinion
Reply · Like · Mark as Spam
0

Jethro - February 20, 2012 at 9:56pm
Hopefully they'll bring back color to the icons on the left panel; it looks too bland right now.
Reply · Like · Mark as Spam
Recent