Oprah sent out a tweet to promote the new Microsoft Surface from an iPad, noticed TNW.

I’ve never understood the draw of Oprah, and how her brand managed to become so large, but she does have legions of fans, making her an effective marketing channel for Microsoft. Except for when the narrative around her promotion is tossed on its head by a foolish, and utterly avoidable mistake. 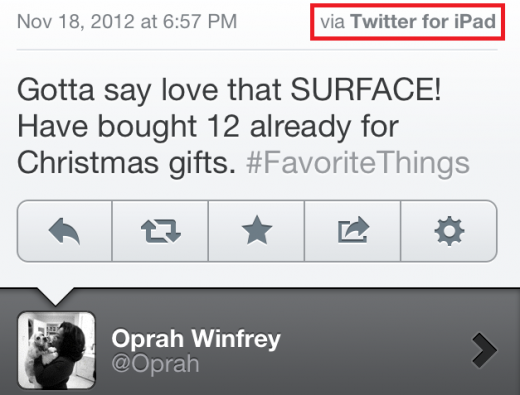 Onemanwireless iPhone unlock - November 20, 2012 at 5:48am
It's not cool to promote something in that manner without telling people that you got paid for it. She should've added "paid by MS" or something like that. Otherwise it looks a lot like a dishonest way to push stuff.
Reply · Like · Mark as Spam
20 More Comments
Recent