Auxo for iPad has finally been released after months of anticipation. Designed by Sentry and developed by A³tweaks, Auxo for iPad brings an entirely new multitasking switcher that many have loved on the iPhone for months.

Apps in the multi-tasking tray will now display in the form of beautifully large and versatile card-like app previews. Easily remove apps by swiping down, or remove all apps with a tap and hold.

The redesigned auxiliary page gives you instant access to system functions such as brightness, volume and playback controls, all in one view.

Visible above the system controls is the media page, which displays a depth of information about the currently playing music such as titles, album artwork, and even track progress.

Also above the system controls are a variety of settings shortcuts called toggles (made with Flipswitch), letting you enable and disable functions without needing to open the Settings. Slide on the top half of the auxiliary page to paginate between music info and toggles. Slide left on the bottom half to instantly get back to the apps.

Auxo also supports over two dozen different languages for our international users. Auxo 1.5 is in the works with plenty of new features as well.

Auxo for iPad is available in the Cydia Store and costs $1.99 for new users and only $.99 for current Auxo for iPhone users. 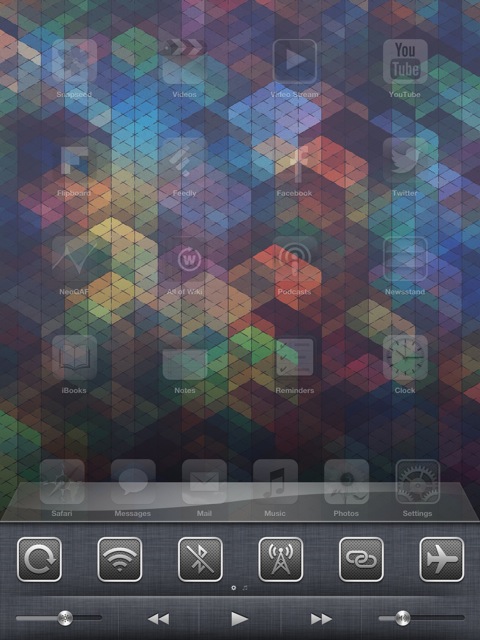 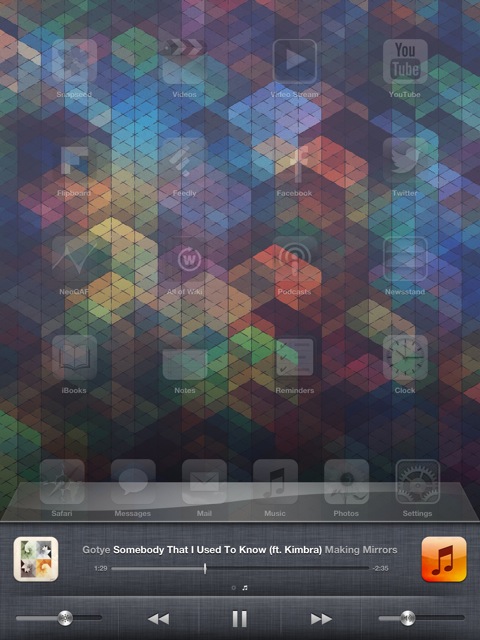 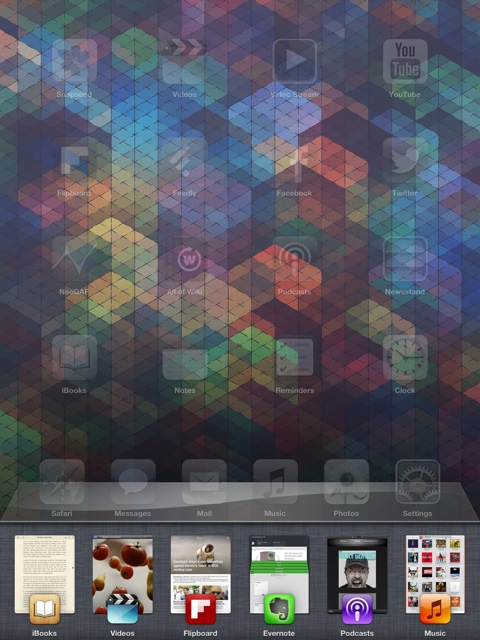