The Apple TV received a major update recently that brough ESPN, HBO Go and more to the box. After its release Wednesday, HBO's chief technology officer, Otto Berkes, shed some light on why it took so long for HBO to get its content on the Apple TV.

Berkes states one of the main reasons it took so long because it was HBO's first time entirely creating an app with their software and design staff. Usually HBO teams up with third parties to help create and release the applications.

Nothing is more time consuming than writing all the code involved and encoding HBO's massive video library, said Otto Berkes, HBO's chief technology officer, in an exclusive interview with The Verge. He said “optimizing the compression formula to deliver the high-quality video to the lowest bandwidth” is a massive undertaking.

Getting HBO Go on the Apple TV might have taken longer had HBO not begun to boost the number of engineers working at the company's new development center in Seattle. Apple TV was the first app that HBO created completely in-house, said Berkes, a former Microsoft executive who started at HBO two years ago. Prior to Apple TV, HBO teamed with third parties on its apps, but “this was 100 percent created by our software and design staff,” Berkes said.

Complicated negotiations with the cable companies is also another hurdle content creators face like HBO face. For instance some cable companies refused to allow HBO or ESPN to provide their content on the Apple TV. DirecTV customers were not allowed to use HBO GO when the software update went live, but the company quickly reversed its policy once users complained.

Apple has always referred to the TV as a hobby, but rumors of a full fledged Apple television set have always been thrown around. 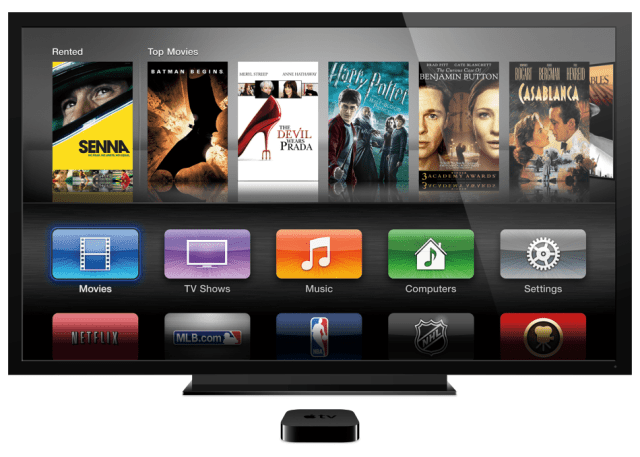 DavidG - June 21, 2013 at 1:34pm
Imagine the possibilities of not needing a cable subscription to be able to watch HBO. HBO should have it's own service as well for such devices not dependent of cable or satellite companies. Also, the cable companies should offer more realistic packages so you can pay for only channels you like instead of all those channels you don't need but still pay for anyway. You can have packages starting with 10 channels and move up from there but the customer picks which 10 channels. Come on HBO be innovative there as well. There really needs to be something done with this. No improvement there other than HD and Oprah buying half the cable networks. Lol. It's True Blood Season!!!!
Reply · Like · Mark as Spam