Kuo believes that we will see a home button with a convex (raised) shape instead of the concave one we see in all iPhones today. The new convex shape would give Apple more room to fit in a fingerprint sensor -- a feature that is expected to be a discerning factor between the iPhone 5 and iPhone 5S.

While some have suggested the fingerprint sensor in the iPhone 5S could almost be a gimmick, Kuo believes Apple will utilize RF and capacitive technologies to make their sensor more durable and resistant
to dust and other contaminants.

The iPhone 5S is rumored to be unveiled on September 10th.

Interestingly enough, despite all the iPhone 5S part leaks, we have yet to see any physical evidence of an iPhone 5S fingerprint sensor (only code fragments and from previous betas and other rumors). 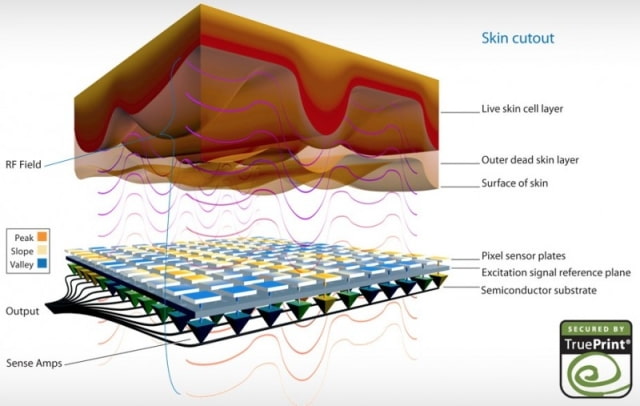 Christopher Dorner - August 16, 2013 at 6:39am
Finger print scanner are going to be stored in a meta-database with all your social networking profiles. You commit the crime you do the time, why did apple go with the NSA? to catch people who're up to no good. this is the new RFID in your pocket. heads up you can find a persons location with the photos they take and uploaded to any websites. Easier to track people down now with a smart phone.
Reply · Like · Mark as Spam

Zetaprime - August 12, 2013 at 3:42am
A raised button is a bad idea. It will keep ketting pressed while the phone is in the pocket or purse and waste battery power.
Reply · Like · Mark as Spam

Jony ives - August 11, 2013 at 4:56pm
Great news with apple working with the NSA, finger print scanner on your phone means the government can track you more easily or they can record your finger print incase you do anything stupid. With the gps tracking they can find out who you are and where your at, finger print scanner just means they can identify you easier
Reply · Like · Mark as Spam