New photos have been leaked online that allegedly show the rear shell for Apple's upcoming iPad 5.

As expected, the iPad appears to have a reduced width likely due to thinner side bezels. A rear shell for the iPad mini is also pictured; however, it's unclear if the shell is for the current iPad mini or the second generation iPad mini.

Apple is expected to unveil its new iPads in October.

Take a look at the images below... 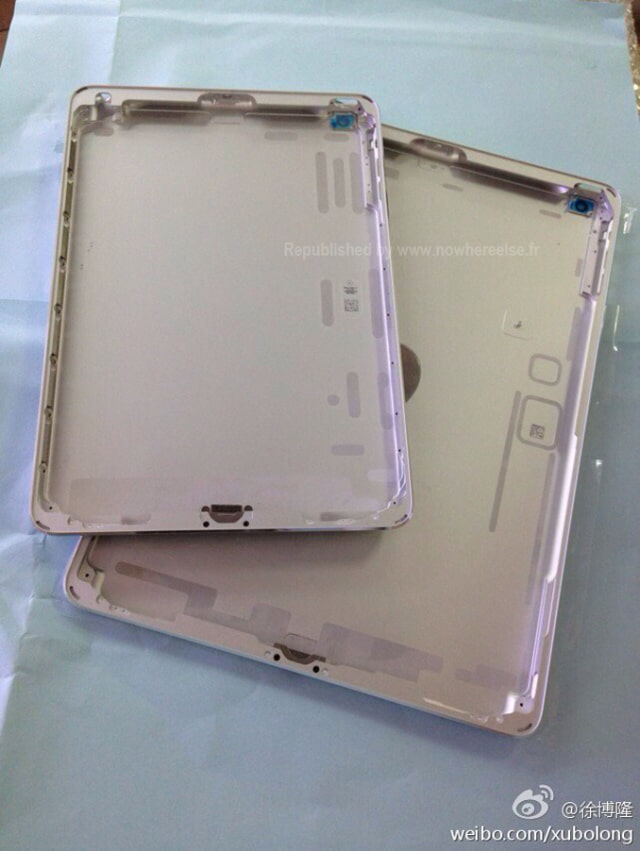 Adrian - August 27, 2013 at 4:38pm
Sep15 Please let me know if you're looking for a aritcle writer for your blog. You have some really good posts and I believe I would be a good asset. If you ever want to take some of the load off, I'd absolutely love to writesome material for your blog in exchange for a link back to mine.Please blast me an e-mail if interested. Thank you!
Reply · Like · Mark as Spam