locr and Houdah Software announce the immediate availability of "LocrUpload" for iPhone and iPod Touch. The app allows users to upload photos right from where they are to the popular geo tagging community locr. The free of charge program can be downloaded from the Apple AppStore.

Locr is a popular geo tagging photo community specialized in travel photography, which localizes photos and visualizes the location on street maps and satellite images. Furthermore, locr supplies additional information about the subject and location using content from Wikipedia and other sources. People from all over the world share their experiences and watch regions from entirely new perspectives.

locr is continuously offering new geo tagging software solutions for PC, Apple Macintosh, digital cameras and mobile phones. locr clients for "Windows Mobile" and "Symbian Series 60" devices have been already available for some time and are becoming increasingly popular. With "locrUpload for iPhone" locr is making a next big step by supporting the successful iPhone platform and offering a complete range of products for the Apple community. Just recently, locr announced various clients and plug ins for the seamless integration of Apple's iPhoto'09 and Aperture in its geo photo solution.

LocrUpload allows iPhone and iPod Touch users to share their photos with the locr community. LocrUpload makes use of the iPhone and iPods location services - including GPS on iPhone 3G - to upload geocoded photos. Photos may be taken from the existing camera roll or shot for the purpose of uploading. Users may enter captions and descriptions, set photo properties and assign uploads to existing albums.

The free iPhone app was developed by Houdah Software - makers of HoudahGeo and HoudahSpot.

"We are very happy that we have found such competent partner in Houdah Software", said Rolf Richter, CEO of locr. "After the successful release of "HoudahGeo LE - locr edition" for the Apple Macintosh, "locrUpload for iPhone" is already the second step of our partnership." "Internet enabled cell phones are becoming increasingly significant as personal tools for social networking", argues Pierre Bernard, owner of Houdah Software. "locrUpload is a simple way to use the iPhone and iPod Touch as a mobile connection to friends and family."

Purchasing LocrUpload licenses:
LocrUpload is available for free from the Apple iTunes AppStore. 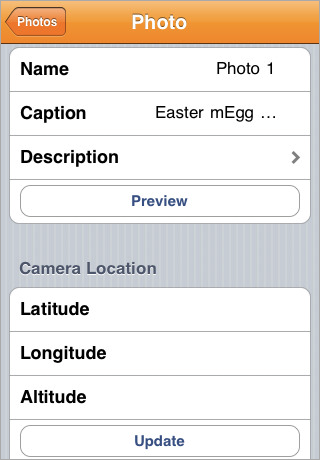 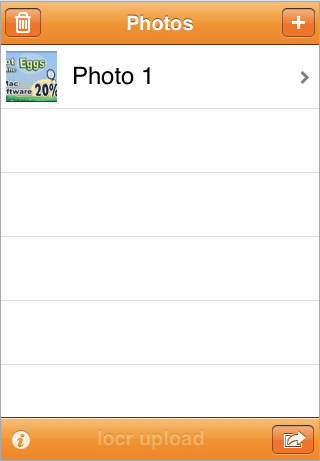