Apple has just released iOS 7.1 beta to developers for testing.

The new build is numbered 11D5099e and is available to developers from the iOS Dev Center. The download for the iPhone 5s firmware is about 1.4GB.

Apple warns that "Devices updated to iOS 7.1 beta can not be restored to earlier versions of iOS. Registered development devices will be able to upgrade to future beta releases and the final iOS software." However, this has not always been the case.

Update:
The Release Notes for the new firmware have been posted online. You can view the fixes listed below.

Fixed in iOS 7.1 beta
● Previously, if the server-side closed an HTTP request with TCP FIN without sending any bytes of HTTP header or HTTP body, NSURLConnection would synthesize an empty HTTP/1.1 200 OK response. This is now fixed, and the request will result in an error instead of a successful load with a synthesized response.
● Previously, text drawn with CTFrameDraw did not correctly place lines to account for the paragraphSpacing attribute of NSParagraphStyle. This has been addressed in iOS 7.1 beta.
● If loaded with GLKTextureLoader, pngcrush images that have alpha were not unpremultiplied.
● When sleeping or waiting for extremely precise time intervals, timers were delayed by up to 1 millisecond.
● The MCSessioninitWithPeer: method has now been implemented properly.

So far, we have found the following changes in addition to what Apple officially released:

● Speed improvements system wide including performance enhancements to animations.
● Notification Center changes including updated Yahoo logo (Weather app too!), new text dialogue when no notifications are present.
● Updated Flickr logo
● New Auto HDR In Camera that automatically enables HDR depending on scenery.
● New 'Dark Keyboard' Setting under Accessibility that allows you to set a dark keyboard at all times
● Music list in Music App has slightly updated view with more titles/tracks/artists in a list.
● Setting to allow upload burst mode photos to Photo Stream
● Setting text as bold no longer requires a reboot
● Launching multitasking is a fade instead of previous animation if Reduce Motion is set to off.
● Increase Contrast setting in Accessibility is now set to two functions, with a 'reduce transparency' option and a 'darken colors'
● Tweaked message for iPhone 5s users to enter passcode after reboot
● Rotation lock now has a lock icon in it
● Notification Center Clear button is tweaked 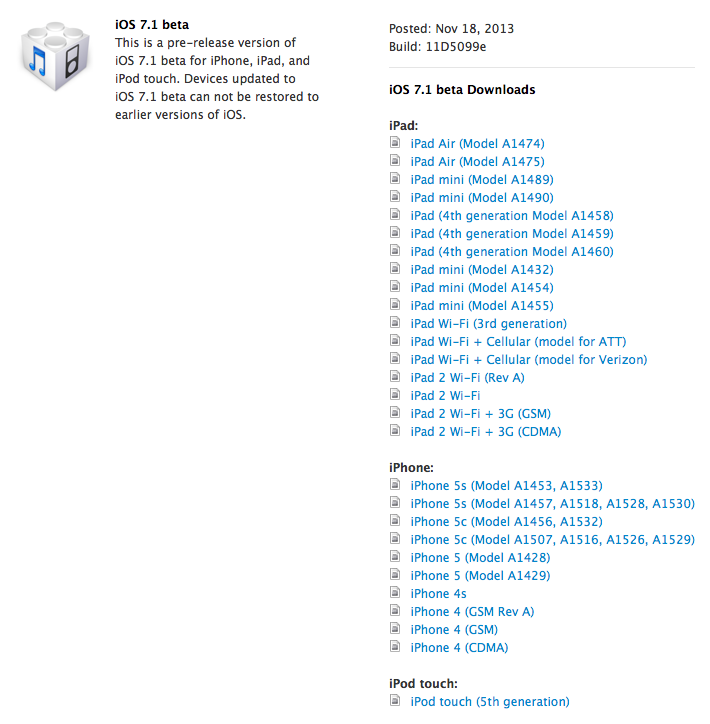 kuya wewe - December 6, 2013 at 7:15am
I think it is better, if the developers will include additional buttons/selection on control center like the enabling/disabling 3G/LTE and location services (GPS).
Reply · Like · Mark as Spam

Darkj31 - November 26, 2013 at 7:38am
text alert tone in new ios 7.1 default to classic tri tone and you cant even change it please apple do un update on this, also theres a bug in setting -notification
Reply · Like · Mark as Spam