Fortune has compiled an average estimate for the number of iPhones sold last quarter from professional and amateur analysts.

With a crop of new phones, a year's pent-up demand, plenty of supply, more Apple stores and lots of holiday shoppers, there's no reason Apple shouldn't turn in another record quarter of iPhone sales -- Android and Samsung be damned.

The consensus among the 44 analysts we've heard from so far -- 27 professionals and 17 amateurs -- is unit sales of 55.3 million iPhones, up 16% from the same quarter last year.

Apple will report its fiscal Q1 2014 earnings on January 27th. 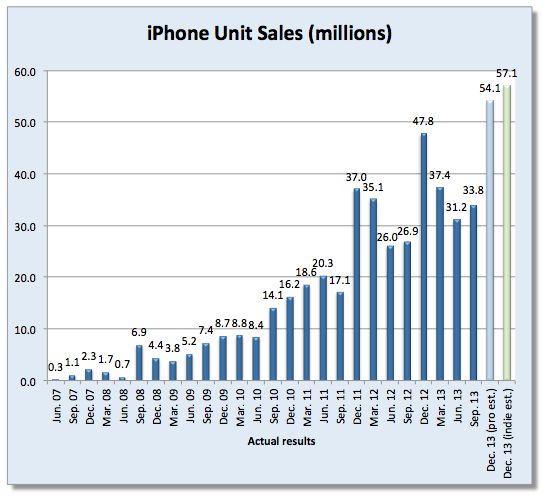