Apple will release a 'Sports' model and a 'Designer' model of its iWatch, reports PocketNow.

There is a “Sports” model, which apparently has a rectangular design and a rubber bracelet. This model was reportedly being tested recently by Kobe Bryant at the Apple campus, and what’s most interesting is that it apparently looks like any other watch on the market. The report also mentions that there is a “Designer” variant of the iWatch which has a circular design and a metallic construction that’s most probably stainless steel. This model is reportedly being tested by Dustin Brown and Bubba Watson, and just like the Sports model, it’s hard to tell this watch apart from any other watch on the market.

Both models are said to feature a touch screen and be water resistant. The Sports model is said to have a compass and sensors to determine blood pressure, heart rate, body temperature, outside temperature, barometric pressure, and blood oxygen levels.

In addition, both iWatch models are said to include at least 8GB of storage which will allow them to function as an iPod.

Reuters recently said that smartwatch will feature a 2.5-inch display that is slightly rectangular and will go into production in July for an October launch. 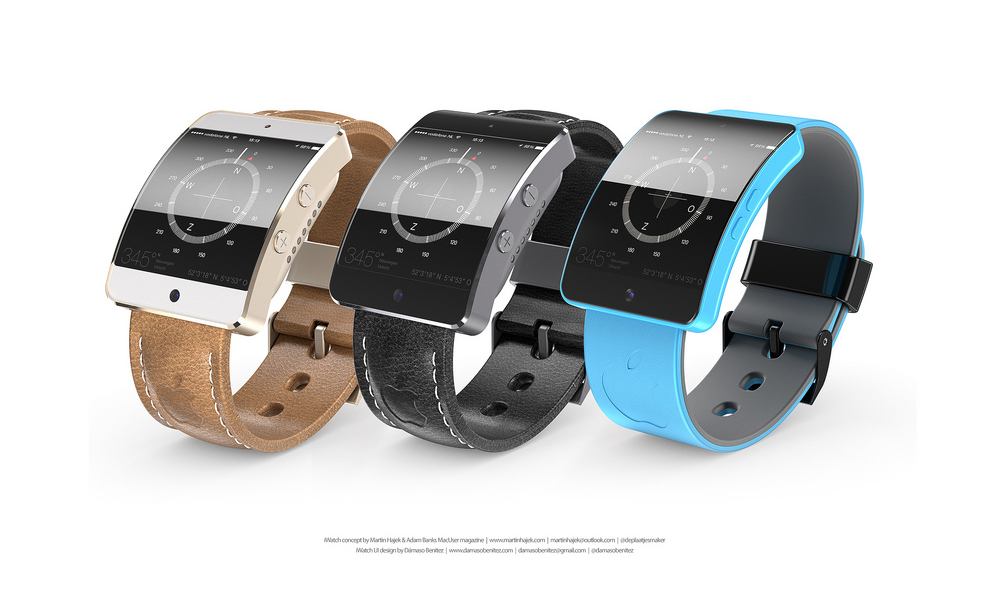 @6italia0 - June 23, 2014 at 6:46am
Not really a watch guy at all, I don't see spending $300 on a watch as at all logical, I own one diesel watch w/black leather band, one Rockwell watch with some nascar drivers name and car number (I forget who) and one iWatch (iPod nano with metal watch band), I paid nothing for any of them (accept the iPod band that was $15), I either traded something or was given to me as a gift, but if anything I do like large watches, so if the official I watch is made real I would at least like a 2" diagonal screen, otherwise what's the point of the touchscreen? My current iwatch is barely useful because of the tiny screen, and being an iwatch if rather people at least recognize what it is instead of mistaking it for something cheap and low quality, I stopped using cases that cover my iPhone and iPad because people kept mistaking them for kindle, some android phone or something shitty and cheap. Same would go for the iwatch, but strapped to a wrist would leave little room to show what it actually is so the damn thing better look good if apple does release it. But then again I may just stick with what I have and call it a day
Reply · Like · Mark as Spam

Nat - June 23, 2014 at 1:37pm
Obviously it will. They went from bulky iPhone to thin and perfect looking, plus nothing I have ever seen it ugly, so this will come in 2 styles so it will be good.
Reply · Like · Mark as Spam

Frugga - June 23, 2014 at 2:59am
I said it once, I'll say it again... I won't buy it if it doesn't have a FaceTime camera. Secondly Samshit where not the first one to come up with the smart watch. The apple shuffle a few years back used to be a perfectly square touch screen interface. And they sold wristband for it to make it a watch.
Reply · Like · Mark as Spam