Apple is enlisting professional athletes to test the fitness capabilities of its upcoming iWatch in intense training environments, reports 9to5Mac.

Apple has invited athletes from the MLB, NHL, and NBA to its Cupertino-based campus on multiple occasions over the past several weeks to brief the players on the upcoming wearable device and provide an opportunity for testing to be conducted in professional conditioning environments. Apple is said to be working with Los Angeles Lakers basketball player Kobe Bryant, Los Angeles Kings right winger Dustin Brown, and a few other star athletes, including a player from the Boston Red Sox, on the testing project.

As one would expect, the athletes signed non-disclosure agreements; however, LA Lakers superstar Kobe Bryant and his wife Vanessa were spotted on Apple's campus last month. Sources say he was there for a meeting regarding the iWatch.

Earlier today, the WSJ said that Apple's rumored device will come in multiple screen sizes and will feature over 10 sensors to track one's health and fitness. Another report from Laoyaoba claimed that the Apple iWatch is awaiting FDA approval as a medical device and can measure steps, heart rate, blood glucose, and blood pressure.

Despite its ability to monitor health and fitness, the iWatch will reportedly be positioned as a fashion accessory, according to a "source with knowledge of the device's testing with celebrity athletes". Another source said that former Yves St. Laurent CEO Paul Deneve, now an Apple VP, has been creating strategies for selling fashion products in the company's stores. SVP of Retail Angela Ahrendts is also likely involved in marketing preparations.

Yesterday, Reuters reported that the iWatch will have a display that measures 2.5-inches diagonally and is slightly rectangular. The watch face is said to protrude slightly from the band, creating an arched shape. The device will also feature wireless charging capabilities.

Mass production of the iWatch is said to start in July for an October launch. Please follow iClarified on Twitter, Facebook, Google+, or RSS for updates. 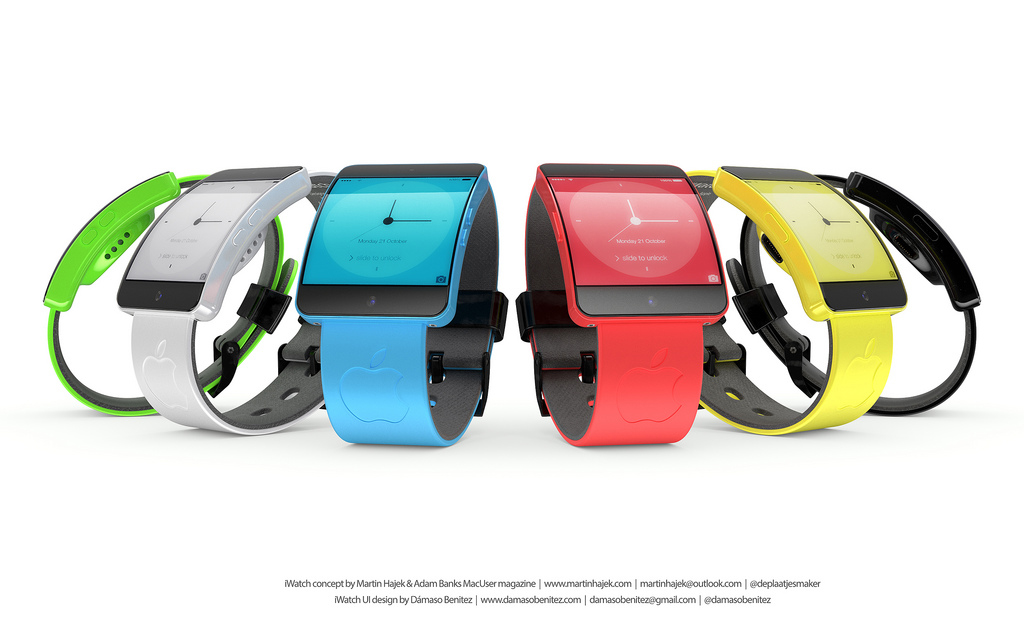