LA Lakers superstar Kobe Bryant has been spotted on Apple's campus according to a tip sent in to 9to5mac, which is a picture of the Los Angeles Lakers shooting guard with his wife, Vanessa Bryant.

According to the tipster, the two met with Jony Ive's team and the meeting was focused on upcoming products. While the conversation with Jony Ive cannot be confirmed, the two were definitely on Apple's campus as you can see it in the background and the photo's geolocation tag points to Apple's campus.

While we can't be sure why Bryant was on campus, we can speculate that is has something to do with Apple's upcoming iWatch that would incorporate the rumored Healthbook app that will launch with iOS 8. On the other hand, he could have just been there to talk about using Apple products and services during his injury.

Both Apple and Bryant did not respond for comment... 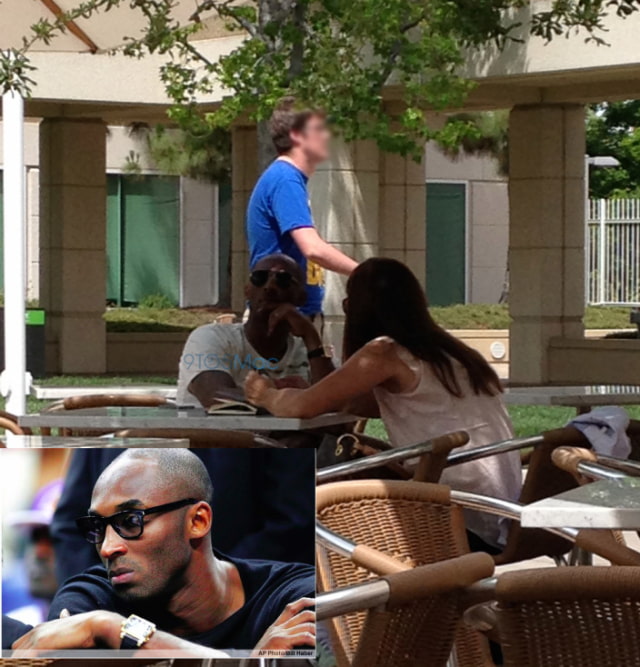