Apple will likely deliver iPhone models packing at least two cores inside the main processor by 2010, according to a CNet report.

In a phone interview, James Bruce, wireless segment manager for ARM confirmed that, "You'll definitely see handsets shipping with a dual-core A9 in 2010,"

The next-generation Cortex-A9 processor from ARM is 45-nanometer as opposed to the (current) 65 nanometer process. It is more power efficient than the A8 so even with a 10 to 20 percent increase in power consumption you will see better battery life.

The Cortex-A9 also sees a huge increase in performance. With the A8 "You're getting a 2X increase (over the previous ARM design). And actually the A9 takes that even further, It's a superscalar design but it's also an out-of-order design as well. There is some out-of-order aspects with the A8 but the A9 is a very aggressive out-of-order processor," he said. 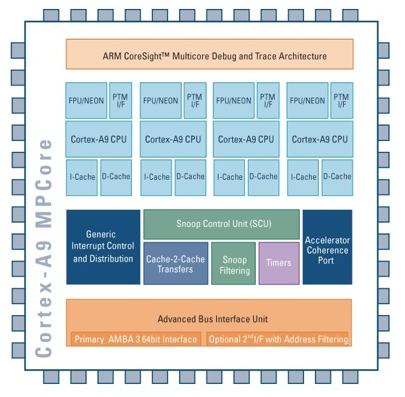 Acidbaby - June 17, 2009 at 3:20am
This is not a rumor.. It's apple of course they are going to release a better 3g s!! Plus it's reported by cnet which is a reputable reveiwer. Dual core 45nm is the way they are going in most of the laptops why not incorporate it into a mobile once the hardware is ready?
Reply · Like · Mark as Spam
Recent