Apple has released the fourth beta of iOS 8 to developers for testing.

The update is available for iPhone, iPad and iPod Touch via Software Update on your device or via the iOS Dev Center. It weighs in at 305MB for the iPhone 5s.

We'll be posting on what's new in the fourth beta shortly. If you spot anything please let us know in the comments. Follow iClarified on Twitter, Facebook, Google+, or RSS for updates. 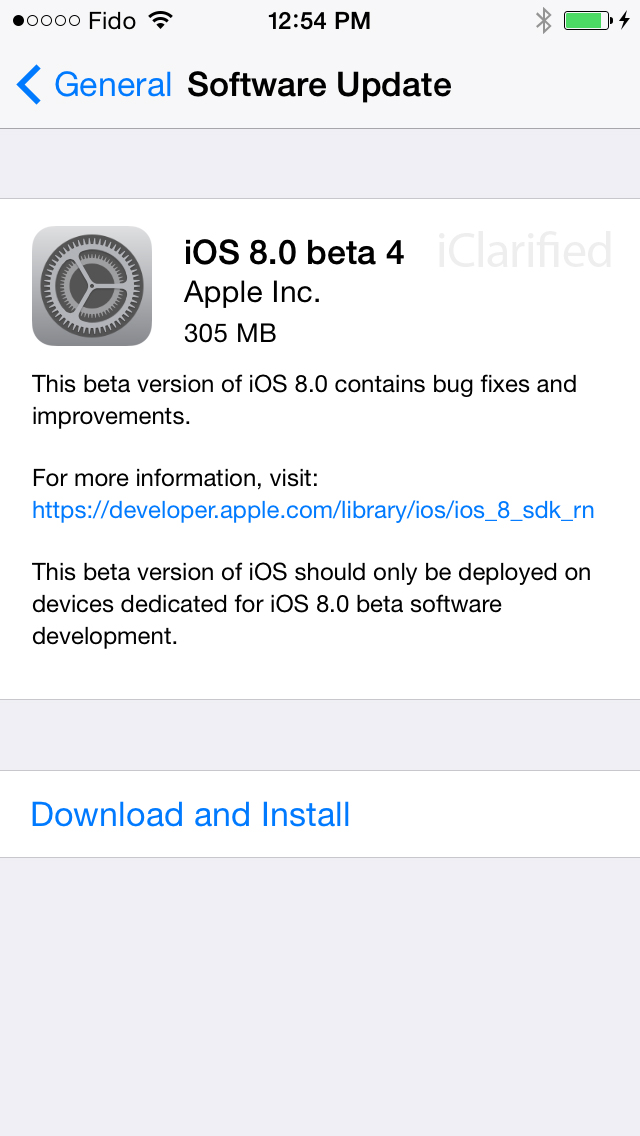 Jack - July 21, 2014 at 9:47pm
Every single day I regret updating to this crap ios 8. If it wasn't for needing all my contacts and pictures I would switch back to 7. There isn't a way to go back to ios7 and load your backup (iTunes overwrote my 7 backup with an 8 backup) Anyone know of an easy way to remove pictures from an iPhone to windows 7? I tried doing it and like after the 10th picture I get an error and it stops copying to my computer
Reply · Like · Mark as Spam