Apple is finally expanding the capabilities of iCloud in iOS 8 and OS X 10.10 Yosemite with the introduction of iCloud Drive. Users can now store any type of file in iCloud and access their files from any iPhone, iPad, iPod touch, Mac, or PC. 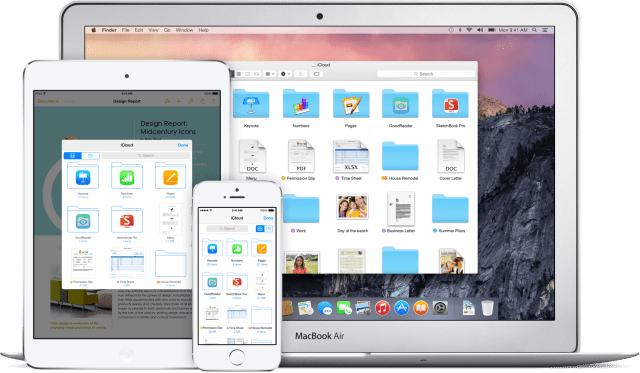 iCloud Drive is now accessible from the OS X 10.10 sidebar, just like a shortcut to any other folder. To upload your files to iCloud, simply drag them into the iCloud Drive on your Mac or PC running Windows 7 or later. 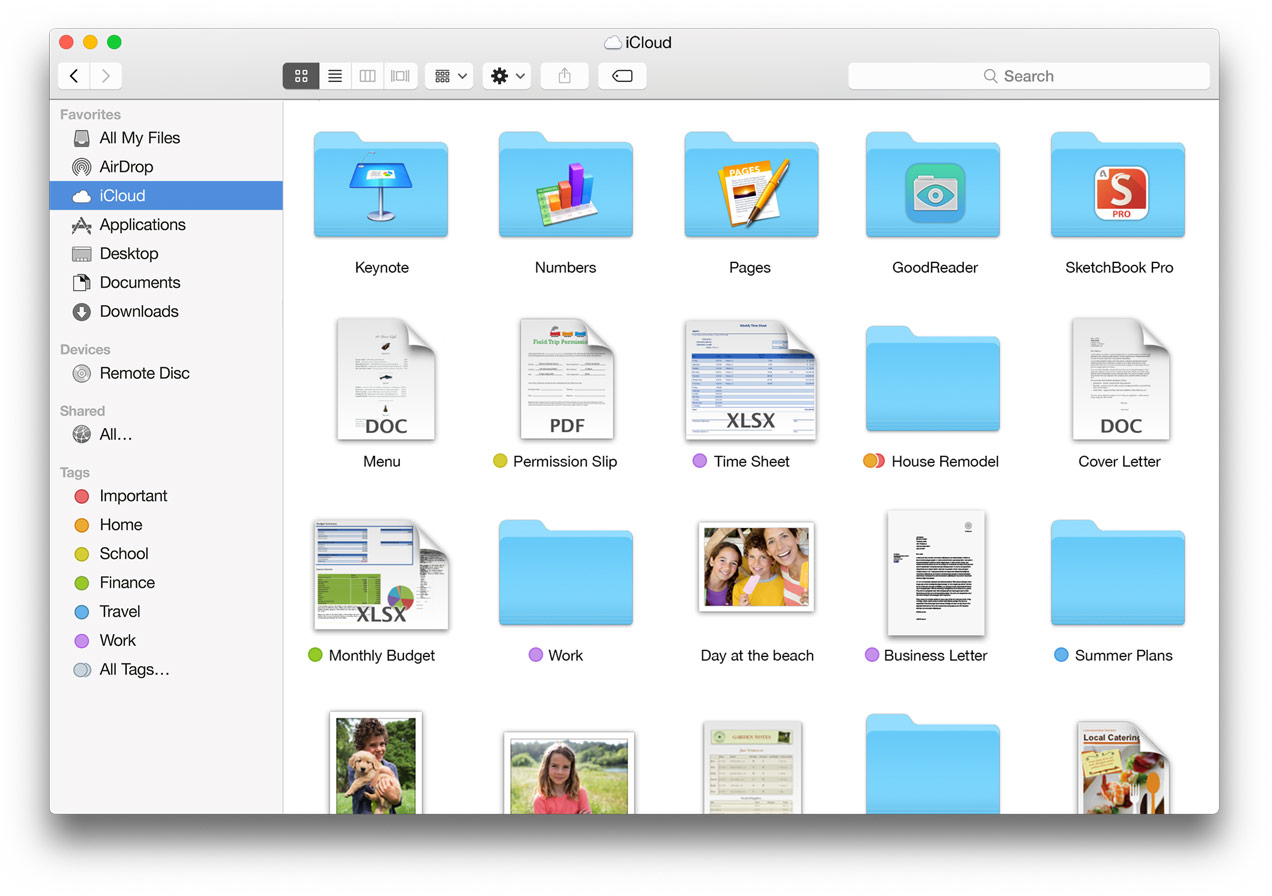 At this point in time Apple has not announced an iCloud Drive app for iOS, so to access your files or create a new one you will need to use an iCloud-enabled app. By the time iOS 8 is released this fall, we should see a lot of third party apps with iCloud Drive support. Apple's apps such as Pages, Numbers, Keynote, and others will be updated as well. At this point, Mail for iOS isn't able to select attachments from iCloud Drive but we're hopeful that we'll see that functionality in a future beta. 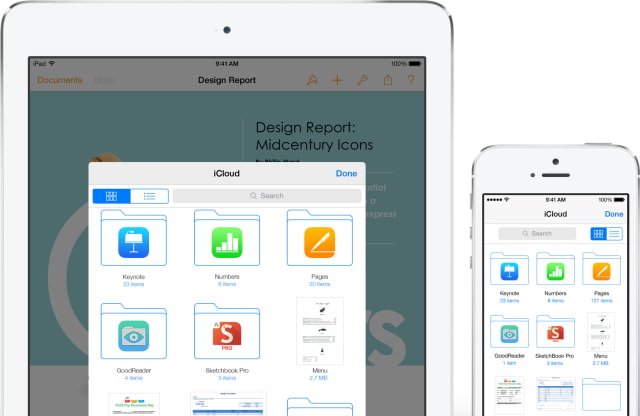 As with any cloud storage solution, when you make changes to a file those changes are propagated to all your devices. For example, you can start creating a presentation on your Mac at home, then make final edits and present it in class using your iPad. All the changes you make along the way appear automatically on all your devices.

This makes working with multiple apps much easier as you don't need to find a way to copy or import an image/document to another app.

During its keynote, Apple announced initial pricing for iCloud Drive. Your first 5GB are free. 20GB is just $0.99/month and 200GB is $3.99/month. There will be additional tiers available up to 1TB of space; however, Apple has not revealed pricing for those tiers. 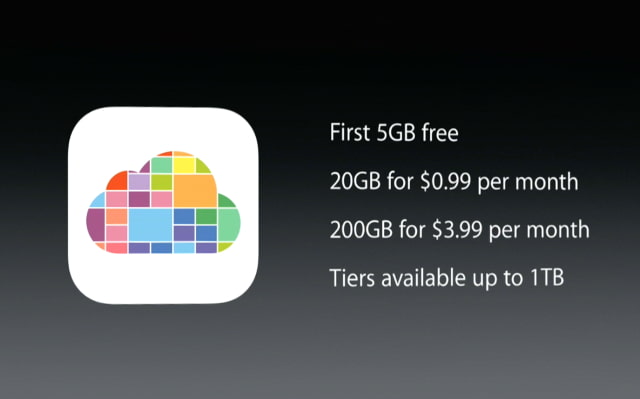 There's plenty more new features in iOS 8 and we'll do our best to cover them all. You can follow iClarified on Twitter, Facebook, Google+, or RSS for more.

fquiroga - September 19, 2014 at 9:55am
I have a os x yosemite beta version in my computer, and in my opinion iCloud drive works much much better than mobile me and idisk...I am very happy with apple in general but apps for example, are much better than android at less in education, thanks
Reply · Like · Mark as Spam

Sacha - June 12, 2014 at 10:48am
Apple is coming back to MobileMe. I hope they will also implement the settings synchronisation among Macs. I really liked that feature.
Reply · Like · Mark as Spam
1

lepaka - June 12, 2014 at 7:14am
that funny, when I say Apple is just throuing sand to the blind eyes of his consumers. this cloud drive is not new, this cloud drive existed before, exacly the same way, exacly the same functions. and by the era of my first iPhone I had it on my iPhone, on may MAC computers, on my windows computer s at work. as i remmenber, that was part of the mobile.me package, and was evaporated some where in the icloud release. so once more Apple is throuing away the consumers money to develop the wheel !!!
Reply · Like · Mark as Spam
11 More Comments
Recent