"It's 4AM, do you know where your jailbreak is?"

The jailbreak was accomplished using the 24kpwn exploit as we announced earlier. The screenshot shows the output of uname being run from MobileTerminal.

The Dev-Team will likely release the jailbreak for the iPhone 3GS along with versions of PwnageTool and RedSn0w that are updated for the upcoming 3.0.1 firmware. 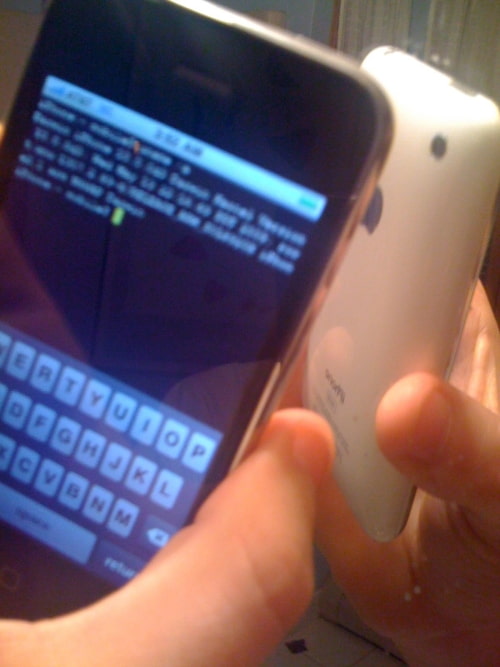 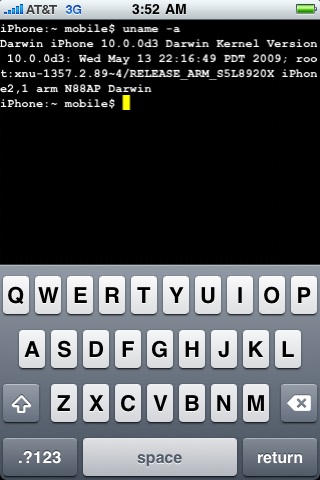 Eunhae - June 28, 2009 at 9:19pm
I would like to know..is there really LEGALLY UNLOCKED IPhone ( for any version)? If so, is that means, I can use any SIM and will no longer be needing for JAILBREAKING/UNLOCKING?
Reply · Like · Mark as Spam
0

Eunhae - June 29, 2009 at 3:52am
I see, thanks. I asked this because my friend told me he would buy me an Iphone 3gs by december this year when it will be sold as legally unlocked. So I am a bit confused. From what I know, every model had to be jailbroken/unlocked so we can use any SIM
Reply · Like · Mark as Spam
0

James - June 29, 2009 at 11:37am
Yes, There are legally Unlocked iPhones on the Market whereby you don't have to worry about unlocking. and the only place i know you can get it from is the Apple online Store in Hong Kong. As for the JailBreaking, you might need it to get FREE Apps from Cydia. Good Luck.
Reply · Like · Mark as Spam
0

Eunhae - June 29, 2009 at 9:16pm
Thanks James! So, that means you only need the JAILBREAK if you want free apps via Cydia. Considering Iphone 3gs has all the features that Cydia had before offered, maybe I wont be needing Cydia for Iphone 3gs
Reply · Like · Mark as Spam
8 More Comments
Recent