When Apple Campus 2 opens in 2016, it will feature over 700 base isolators to prevent structural and architectural damage, notes the company in an internal employee site. The memo, which was sent to iClarified, highlights lead structural engineer John Worley's efforts in making a virtually 'earthquake proof' building.

---
There will be more to the stunning Apple Campus 2 than meets the eye. One of the most fascinating—and important—elements of the building will be 3 levels under your feet.

In other words, during a seismic event, the foundation is anchored into the ground and will move with the ground motion. The isolated building will experience only slight movement.

Base isolation is a well-known structural design approach, but AC2’s massive size and signature round shape made the process of designing and testing these base isolators a challenge for John and his team of 10 engineers. Good thing they started early.

“Base isolation was settled on from the get go,” says John. “This [early design decision] has allowed us to do some pretty aggressive things from a non-structural design perspective—the design of the glass, very large stone walls with small joints, things like that. We had to do a lot of studying to understand just how this building will move in an earthquake.”

First, John and his team created a computer simulated model of the building on top of the base isolators. Then they ran the model through 16 types of ground motions.

“Concurrent with our computer simulations, we had 3 prototypes of the base isolators fabricated so we could verify their behavior in real life,” says John. “Testing on those 3 told us very specifically how these things behave, their stiffness and the period of vibration. This fed into our analysis.”

Each steel base isolator is approximately 7 feet in diameter and weighs around 15,000 pounds. “These things aren’t just off the shelves," says John. "Apple had them customized for low friction, which minimizes ground accelerations transferred to the structure while allowing the building to move much more than a typical base-isolated building."

John adds: “If this building moves 4 and 1/2 feet, all kinds of hell is breaking loose around us. It would be a catastrophic earthquake. But even in that case, we would expect people to be safe inside and some minor damage in the architecture—very minor structural damage.”

When the doors open at AC2, it will be the largest base-isolated building in the world.
--- 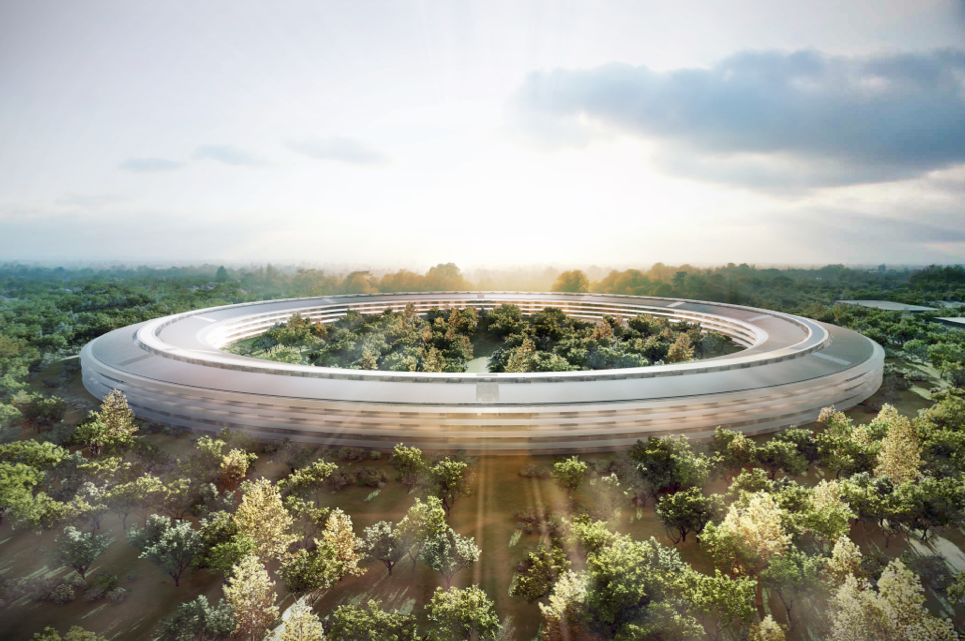 Emrah Saritac - February 10, 2017 at 8:46am
Actually this is not the largest base-isolated building.. Adana Integrated Health Campus project, which is about to be completed, has 1512 seismic isolators, supporting total area of 3.5-million square feet. Furthermore, another health care campus with a total area of about 8.8-million square feet is under construction in Istanbul/Turkey.
Reply · Like · Mark as Spam