The WSJ has published an article on AriX, Chronic, Geohot and the Chronic Dev Team.

The article focuses on Ari, the 15 year old hacker who originally wrote iJailbreak. It tells the story of how he became interested in hacking the iPhone and how he joined up with Chronic and others to form the Chronic Dev Team.

Earlier this year, Ari and his team tried to hack more efficiently by working with another group -- iPhone Dev Team, an invitation-only bunch in their 20s and 30s who have typically been the first to roll out iPhone hacks.

Members of the iPhone Dev Team worried about working in a large group. In part, they were concerned that if information leaked out about the security holes they were probing, others could exploit them first. Or, Apple could plug the holes. In March, the two groups stopped communicating.

The article also notes that GeoHot has been helping the Chronic Dev Team and that they have released the purplera1n jailbreak in spite of the iPhone Dev-Team's desire to wait for firmware 3.1.

Mr. Hotz, who took a paid internship with Google Inc. in April, joined the hackers in early June. In emails, he says he has done the project on his own time and was happy to help "a bunch of cool guys with a good attitude."

More than a week ago, both Chronic Dev and iPhone Dev said they figured out how to jailbreak Apple's new phone. The iPhone Dev Team wanted to wait to release its software so Apple can't plug the security hole in the device immediately.

Much more in the article linked below... 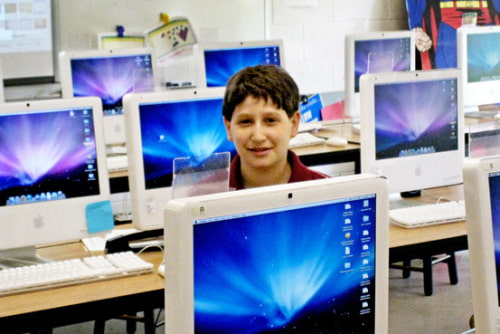 Kyle Flanagan - July 8, 2009 at 12:35pm
Well, I disagree with anybody that calls these people stupid. In my eyes, they are heroes and they deserve a lot more than just 15 Minutes on prime-time. The things these kids do for the community expecting nothing in return, now that\'s what community service is all about, be it George Hotz, Oranav, The Dev Team. I\'d tip my hat to these guys any time, any day and twice on Sunday. Way to go guys. Bravo :)
Reply · Like · Mark as Spam

Jailbreker - July 8, 2009 at 11:31am
Stupid kid... there will be more difficult to develop an OS 3.1 jailbrake now because of Chronic Dev Team and GeoHotz (assholes !!) ... I hope iPhone Dev Team can make it and and these idiots do not ruin it again launching their buggy jailbrakes.
Reply · Like · Mark as Spam

Ivan Balic - July 8, 2009 at 11:38am
Well you are a idiot sir!!! First off it\'s hacking and rules go out the window. As well I used purple rain and it has worked better then dev team, no bugs or performance issues:)
Reply · Like · Mark as Spam

Nick - July 8, 2009 at 12:46pm
I agree. Although purplera1n was a bit buggy when it came to a few cydia apps (winterboard, categories etc.) They did do us 3gs users a big favor. At least it enabled us to run cracked apps :).
Reply · Like · Mark as Spam
Recent