A China Unicom store in Shanghai has hired a tailor to enlarge the pockets of iPhone 6 Plus buyers, reports TechInAsia and People's Daily.

The iPhone 6 and iPhone 6 Plus launched today in China, India and Monaco. Unlike past debuts, the China launch was described as 'low-key'.

About 100 customers waited in line Friday morning outside Apple’s store in Beijing’s upscale Sanlitun shopping district, which opened its doors at 8 a.m. for buyers who had pre-ordered their new wares—the iPhone 6 and iPhone 6+. That was in part because the phone also went on sale at midnight elsewhere, including offices of China’s biggest telecom carriers. 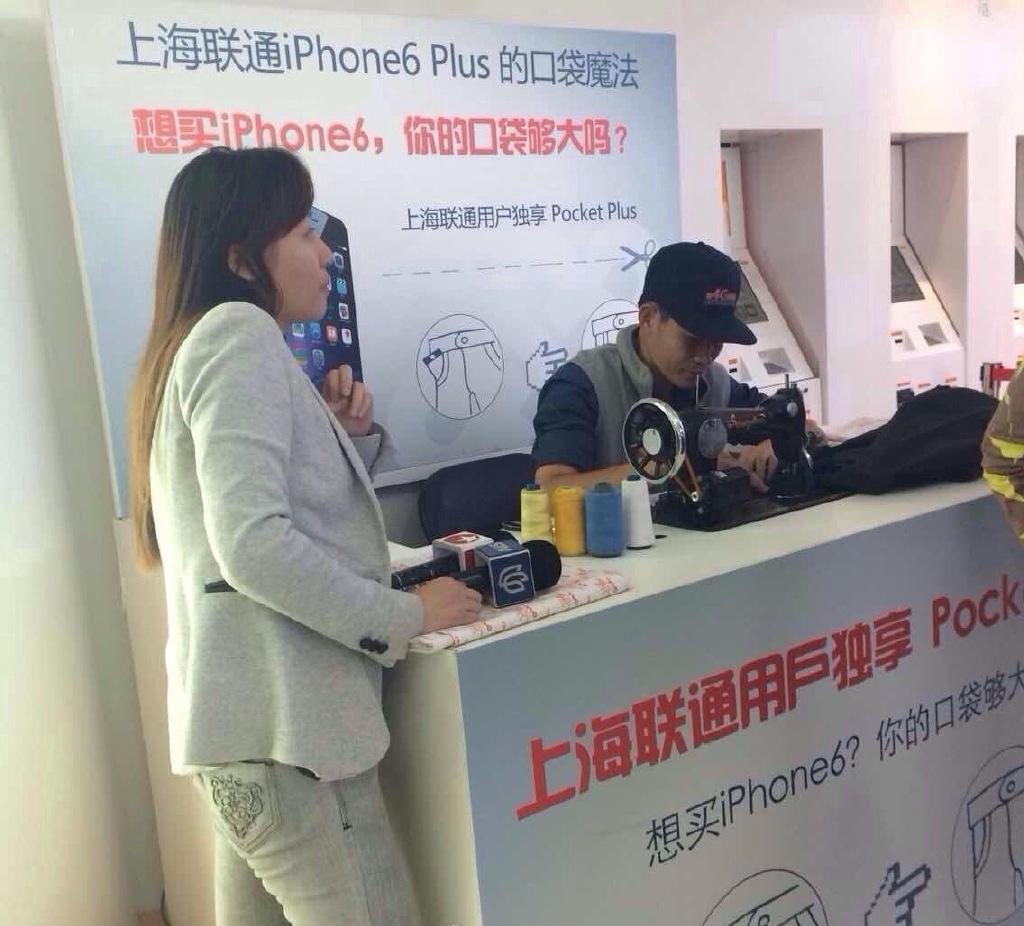 Notably, this isn't the first time we've seen an iPhone 6 Plus pocket tailor. When the iPhone 6 Plus launched in Amsterdam, local telco KPN hired a tailor to enlarge pockets as well.

Check out the video below...

it wasnt me - October 19, 2014 at 5:17am
why are you assuming that i want to abuse my phone? stupid people like you want to think like that
Reply · Like · Mark as Spam

it wasnt me - October 18, 2014 at 3:29am
Covering up is not possible. Hiring a tailor wont solve bendgate, its the design flaw
Reply · Like · Mark as Spam