Apple has released iOS 8.2 Beta to developers for testing, bringing support for WatchKit.

---
iOS SDK 8.2 provides support for developing iOS apps. The SDK is packaged with a complete set of tools, compilers, and frameworks for creating apps for iOS and OS X. The tools include the Xcode IDE and the Instruments analysis tool, among many others.

With this software, you can develop apps for iPhone, iPad, or iPod touch running iOS 8. It now includes WatchKit, a framework for developing Apple Watch apps. You can test your apps using the included iOS Simulator.

Developers can download iOS 8.2 beta from the link below... 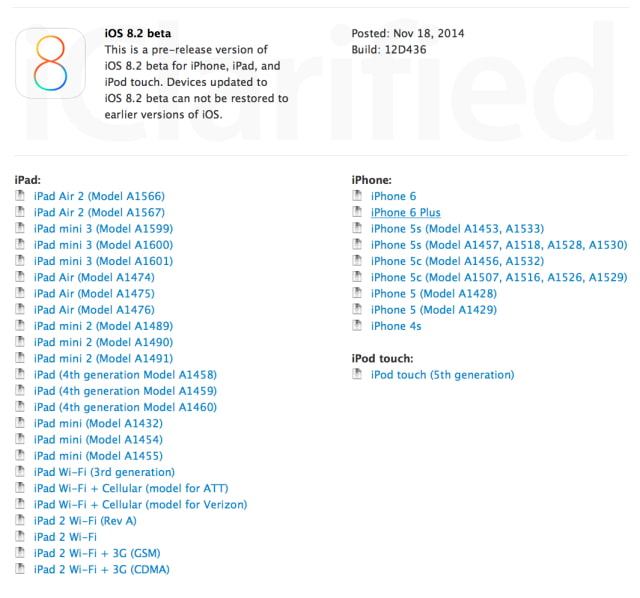