DisplayMate has tested six of the best quality mobile to displays for color accuracy and determined that the Samsung Galaxy Note 4 and Galaxy Tab S 10.5 outperform the Apple iPhone 6 Plus and iPad Air 2.

We have taken the six best mobile displays from our Display Technology Shoot-Out article series over the last year and performed an in-depth analysis of their Color Accuracy. Since we only test the best performing displays to begin with, they were already known to be fairly good. There are none-the-less significant differences between them. With color variations of up to 10 JNCD between the displays shown in Figure 3, it was fairly easy to see some significant visual differences between all of the displays. So, while we learned which ones are the Best of the Best, there is still plenty of room for future improvement

The Results:
1. The Samsung Galaxy Note 4 is the winner in Absolute Color Accuracy, coming in first place in all categories for its Basic Screen Mode setting.

Notably, the iPhone 6 Plus and iPad Air 2 perform considerably better in the Skin Tone and Organic Color Accuracy categories with the iPad Air 2 coming second place behind the Galaxy Note 4. Unfortunately, both devices are in last place for the Full Gamut Color Accuracy. This is partly because of a "over saturated Blue primary that distorts almost the entire Blue Region, which accounts for about half of the half of the entire Color Space and increases the Average Color Error" and a "less accurate bluish White Point".

Take a look at the chart below or hit the link for the full report. 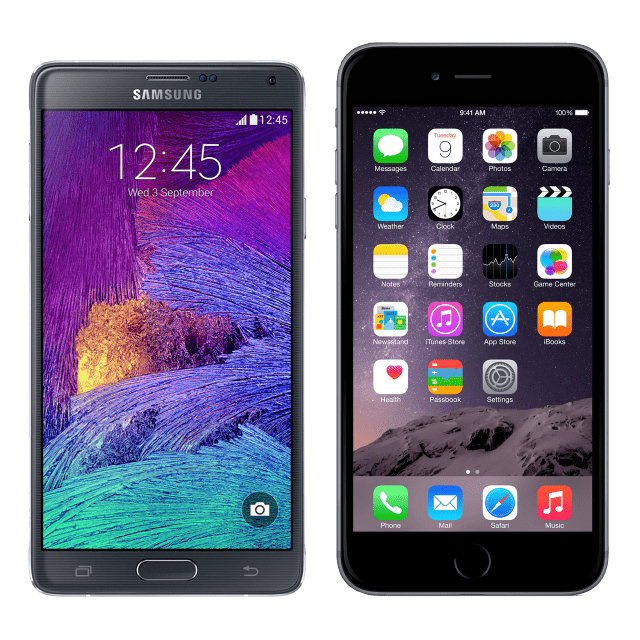 Rajesh kumar - November 23, 2014 at 3:11pm
Latest news on apple products. How to tutorials , how to videos, how to jailbreak, how to install tweaks, how to get cracked apps and much more, please visit www.iphoneclinic.net
Reply · Like · Mark as Spam

Samsuck sungsuck - November 20, 2014 at 3:00pm
does anybody try to print it out or make a ANALOG PICTURE out of it?? samsung big time SUCKER!!!! the true true true colour doesn't appear in the PHOTO PAPPER at all, except with PHOTOSHOP.
Reply · Like · Mark as Spam

ratGT. - November 20, 2014 at 11:33am
Note 4: Premium price-tag for Fisher Price plastic toy quality, with the added 'benefit' of NSA's hands on your data via KNOX and complete personal-data mining of Scroogle... Droidsheeps, you go ahead and serve them ALL you want!!!
Reply · Like · Mark as Spam
21 More Comments
Recent