Opcoders has released GraphicDesignerToolbox 1.2.0, a free update to their powerful Mac OS X graphics editor. Perfect for web designers that need to compose seamless tiling textures, trim pixels, prepare thumbnails and add shadows, plus much more! A round milestone is crossed, the 100 building blocks.

Improvements since last major release (1.1.0) are 13 new building blocks, documentation for 30 blocks, extended 5 blocks with new features and a longer document that describes node-for-node compatibility with Apple Shake and some minor changes. The homepage has been extended with a gallery that shows a glimpse what GDT can do.

Pricing and Availability:
GraphicDesignerToolbox 1.2.0 can be downloaded from the homepage. A single user license can be purchased for 29.95 Euros ($42.95 USD). Media and interested parties may request license codes for reviewing. 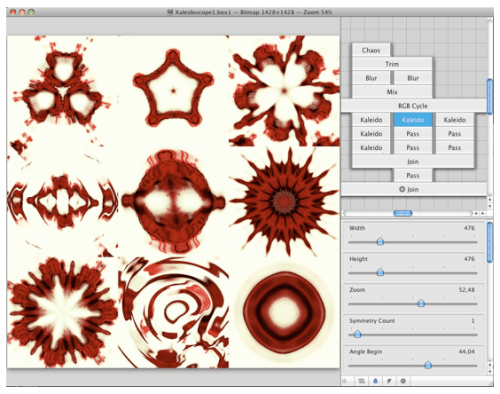