ScreenCap offers an easy-to-use interface that guides the user through the capturing and recording process. The application can select capturing area in a preview window or on a whole screen. ScreenCap automatically provides ideal default settings and control many audio/video preferences. Audio capturing can record your voice during creating your video from microphone or just grab all sound of your Mac.

Pricing and Availability:
ScreenCap is available for only $39.95 (USD) for a Single License, and may be downloaded directly from the Macvide website. 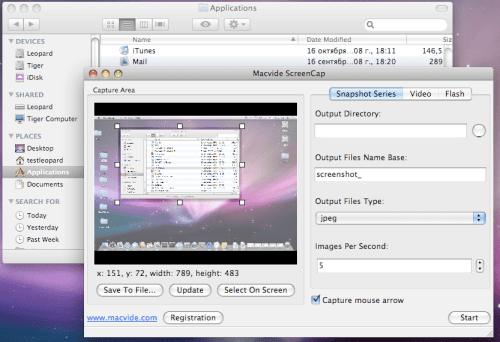