Apple is planning to use silver nano wire (AgNW) rather that ITO-based clear film for the rumored iPad Pro touch panel, reports ETNews. This would increase touch sensitivity and decrease costs. The site's sources say the larger 12.9-inch tablet is expected to ship next year contrary to previous predictions.

Apple apparently requested AgNW touch-panel samples that are verified for mass-production from LG Display, Samsung Display, Japan Display, and other major display suppliers on the 10th.

“Apple recently requested AgNW touch-panel samples and some enterprises already delivered them to Apple. It will be first applied on large-screen IPad, which will be released next year.”

Apple is planning to raise sense of touch, and decrease thickness and production cost of TSP by applying AgNW touch-panel. Compared to making ITO film that requires a coating process, AgNW is a coating method, which can decrease production cost and yield value. It is easy to acquire raw materials because a scarce metal like indium doesn’t need to be used. AgNW film can be applied on future flexible display too because electric signal doesn’t get lost even if it is bent or snapped since it is in a wire-form.

Notably, the report says that Apple is also considering using sapphire glass for the display. If a thin layer of sapphire glass were to be applied to an AgNW touch panel, its thickness and weight 'will greatly decrease'.

“Apple is always looking for an innovation by consistently changing materials. If AgNW TSP were to be commercialized next year, domestic Smartphone industries will also have to hurry their application of new materials,” said an industry source. 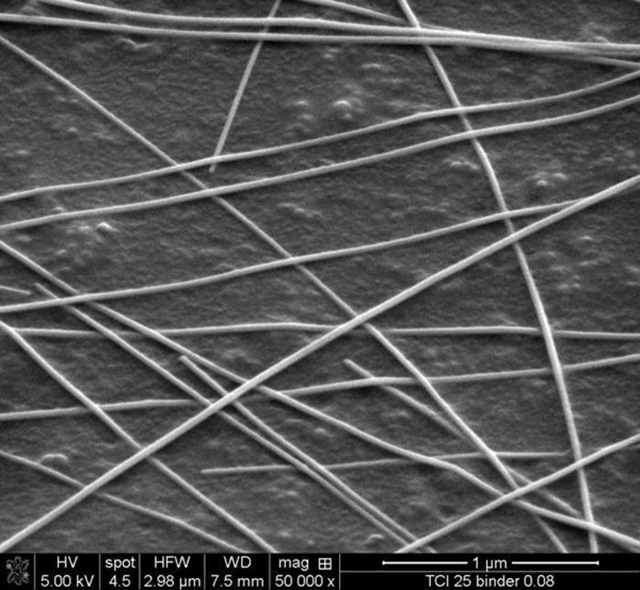